At this point, it should come as no particular surprise that Donald Trump used daytime TV as the venue for disclosing more detailed medical records than he’d previously shown the public.

His Dr. Oz appearance is in keeping with both a campaign that’s capitalized off lessons the candidate learned in his time on reality TV and a political scene in which all manner of pop-culture TV has come to be more important than ever to transmit messages to discrete groups of voters.

What was surprising was the degree to which Trump tamped himself down. In the past, every Trump appearance, from debates to Morning Joe phoners, was carried across like the boardroom on The Apprentice. Here, Trump was subdued and at times almost melancholic in tone when describing the declines and deaths of his late parents, and restrained rather than triumphalist when going over the letter he presented from his physician to Dr. Oz.

He ceded the spotlight for much of the broadcast to his daughter Ivanka, who ran through her father’s childcare plan and defended his track record of speech about women: “My father speaks his mind—whether you’re a man or a woman, if you attack him, he’ll attack you back.”

The talk of attacks was purely hypothetical, though. Trump wished Hillary Clinton well at the broadcast’s start and generally adhered to Oz’s request that he not attack anyone, except for a Bob Hope-style groaner about how much golf the current president plays, which the audience applauded. Trump was not on the attack. Even his proclamations of greatness to which any observer has become accustomed—he explained towards the top of the show that he must be healthy to draw 20,000-person crowds—were delivered with an air of bemusement that fit in with a hypothetical viewer’s cup of afternoon coffee. This wasn’t a circus; it was a klatsch.

For those who are concerned about Trump’s apparent recent surge of momentum, the Oz appearance represents something truly grave. In the recent era, to be presidential necessarily means fitting the power of the presidency into varying media frameworks to meet the public where they are. President Obama has sat down with Ellen DeGeneres to promote LGBT equality, with Oprah Winfrey to discuss the power of prayer, and with the hosts of The View to debrief during a difficult period before the 2010 midterm elections. One of the consequences of Hillary Clinton’s recent bout of pneumonia was that she had to cancel an appearance on Ellen, an appearance that would not have been her first of the campaign.

In an era when there’s so many news outlets on TV and online, blaring so loudly and developing so quickly, daytime represents a meaningful way to reach suburban women in particular with an appealing and targeted message. By this standard of seeming presidential—of being able to go soft on a soft hour of TV, transmitting your message in a way that isn’t strident enough to shatter a Vaseline-smeared lens—Trump succeeded, wildly.

Ivanka Trump was, as usual, a particularly effective surrogate in TV settings where follow-up questions aren’t asked. (As has been widely observed, her Republican National Convention speech was the smoothest of all four nights of coverage, even if it reflected a set of policy positions that seemed ill-aligned with candidate Trump’s.) Though in a recent Cosmopolitan interview, the surrogate bristled at questions about her father’s childcare plan as “negative” and “editorializing,” Oz provided her as soft a landing as he would have for Chelsea Clinton, were she to appear. (The host repeatedly said he hoped Hillary Clinton would appear on the show in future.) The downside of daytime, even with its assurance of easy questioning, is seeming to some traditionalists to have lost an old-school idea of gravitas; in a campaign and in a landscape where all forms of media are up for grabs, the upside is almost unlimited.

To be clear: Using daytime TV to disseminate a message, whether a policy position or a more general set of values, is growing yet more common among national politicians. Using it to disclose medical records is, yes, unprecedented. But it’s a sign of just how much Trump got what he wanted out of the Oz appearance that the disclosure felt, by broadcast’s end, like a hazy memory. It was dispensed with by the 20-minute mark or so by Oz, who proclaimed based on a quick scan of the doctors’ note: “If a patient of mine had these records, I’d be really happy and I’d send them on their way,” Oz said, then both parties breezily moved on. It was a strange anticlimax, one heightened by the fact that the news of the records and what they contained leaked out a day prior to the broadcast after Trump had taped the episode; an issue endlessly debated was now portrayed to millions as settled on the basis of a TV host’s reading of a brief letter. Even within the hour, the records were brought up again only when Oz asked Trump if he’d like to drop a few pounds to improve his body mass index. (Yes, he would!)

In a question-and-answer segment towards the broadcast’s end, one audience member asked about whether or not prejudice was tearing America apart. It’s a question that would never be, in such plain and simplistic terms, get past the moderators at a town-hall debate, which is exactly why Trump had found his perfect venue. “We will come together as a country,” he said. Once again, everybody clapped. 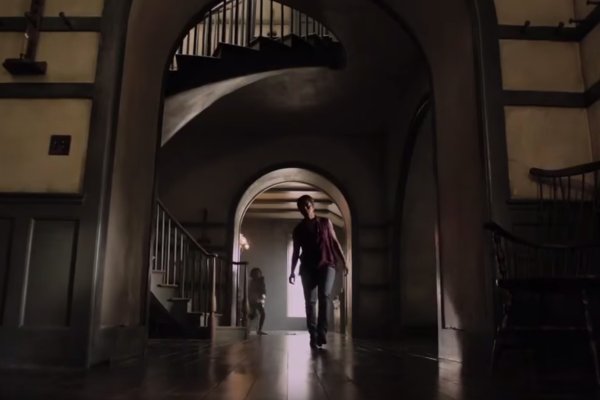