Spoilers for season one and season six, episode one of American Horror Story ahead.

For months American Horror Story‘s cryptic season six trailers have hinted that all the seasons of the anthology series could be connected. (Creator Ryan Murphy even said as much in interviews.) Though many of the actors have remained the same from season to season, a new setting for each AHS entry—a haunted home, an asylum for the criminally insane, a coven, a freak show, a vampire-and-ghost-filled hotel, a lost colony—has left fans wondering how they could all overlap. There are many theories, involving recurring characters and metaphorical interpretations of Dante’s Inferno.

The premiere of season six introduced another clear connection within the AHS universe. The season is shot as a docudrama about a couple from Los Angeles that moves to North Carolina. Lily Rabe and Andrew Holland play Shelby and Matt, telling their story to a camera, while Sarah Paulson and Cuba Gooding Jr. play the same characters in “dramatic re-enactments.” Shelby and Matt quickly discover that there’s something amiss in their new neighborhood: Cathy Bates appears dressed in colonial garb, and Shelby wanders into the forest and finds herself in what seems to be another time period.

Likely, this house is located in what used to be the North Carolina colony of Roanoke, which was mentioned way back in season one. In that season, Sarah Paulson’s character Billie Dean told the story of 117 settlers who disappeared in 1590 with no explanation:

“It became known as the ghost colony because the spirits remained. They haunted the native tribes living in the surrounding areas, killing indiscriminately. The elder knew he had to act. He cast a banishment curse. First he collected the personal belongings of all the dead colonists. Then they burned them. The ghosts appeared, summoned by their talismans. But before the spirits could cause them any more harm, the elder completed the curse that would banish the ghosts forever. By uttering a single word. The same word found carved on a post at the abandoned colony. ‘Croatoan.'”

That word, “Croatoan” has shown up in the promotional material for season six carved into wood. Is there an alternate universe where the missing colonists live? Could those who disappeared still be haunting the area?

Perhaps, especially if the “Croatoan” curse failed. In season one a character named Violet (Taissa Farmiga) tried to use the “Croatoan” curse on Chad (Zachary Quinto) with no results. That scene suggests that the elder from Billie Dean’s story may not have rid the North Carolina town of ghosts after all

The word, at the very least, connects seasons one and six, suggesting that all these stories take place in the same universe. 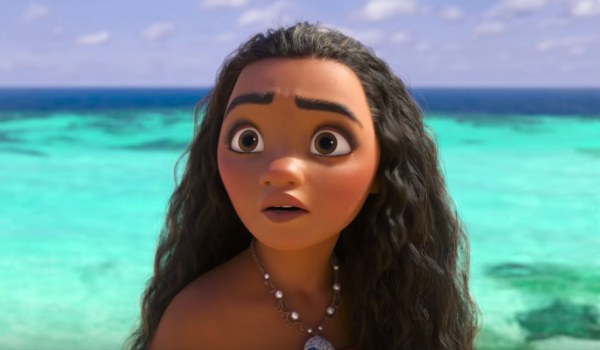