These Australians Want to Put Steve Irwin on the $100 Bill

Steve Irwin, holding a nine-foot female alligator, and his wife Terri at their "Australia Zoo" in Beerwah, Australia, on June 18, 1999.
Russell McPhedran—AP
By Suyin Haynes

Over 23,000 people have signed a petition calling for Australian conservationist and television presenter Steve Irwin to feature on the country’s currency.

Known as the Crocodile Hunter, Irwin died 10 years ago this month after being injured by a stingray while filming a documentary in Queensland’s Great Barrier Reef. Kyle Ryan, one of the petition’s founders, called for Australians to pay “our respects to the all time greatest Australian bloke, Steve Irwin. Let’s make a change for something in the history of our country.”

Irwin’s face has already appeared on Australian currency once, in a 2009 series of dollar coins commemorating Inspirational Australians. However, the petition’s founders updated its Change.org page yesterday outlining their plans to create a design for the AUD$100 note, and have also created a Facebook page to gain support for the cause.

The Royal Australian Mint’s official policy is that in general, coins in circulation in the Commonwealth country will not feature individuals “other than Her Majesty Queen Elizabeth II and other members of the British Royal Family”. However, the Mint also makes allowances for “rare circumstances” and has invited supporters to submit a written proposal to have Irwin’s face featured on another commemorative coin.

In an interview with News Corp Australia, Irwin’s daughter Bindi said “It is such an honor that Dad is being considered to be remembered forever on Australian currency. His legacy will continue to inspire us all, he truly changed the world.” 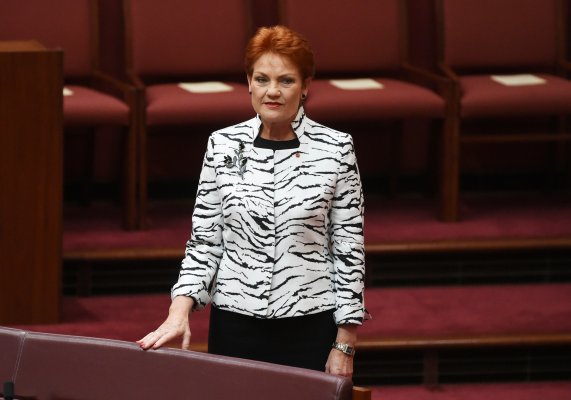 Australian Senator: Country Will Be 'Swamped' by Chinese
Next Up: Editor's Pick