Seven plus-size models came together at London Fashion Week on September 14 to protest the industry’s fixation on what’s often perceived as unhealthy thinness, particularly among women. According to the London Evening Standard, the models stopped traffic on Brewer Street in Soho, outside the building where Fashion Week will unfold.

Their protest used the ideal of a size zero as a focal point, noting that designers create sample sizes that only run up to a size six (closer to a four in standard U.S. sizes), despite the fact that this isn’t realistic or representative – the average UK woman wears a 16.

The women included model and disability advocate Kelly Knox, 32, and model Iskra Lawrence, 25, who wears a size 14. Another protester, 27-year-old student and plus-size model Jada Sezer, told the Standard that one of their goals was to have designers be required to produce samples up to a size 12.

“The fashion industry’s argument is the cost, but can you put a cost on people’s health?” Sezer said. “The plus size industry is the fastest growing industry at the moment, it’s lucrative so it doesn’t make sense.” 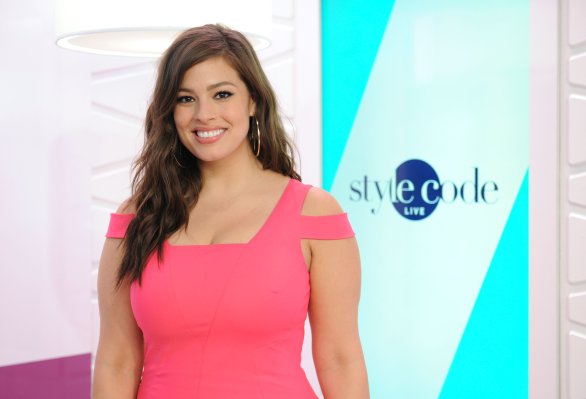