Why Young Children Are Dying by Suicide

Suicide in children, though rare, is the 10th leading cause of death for elementary school-aged kids in the U.S. According to a study in a forthcoming issue of the journal Pediatrics, it can’t be explained the same way for kids of all ages.

The researchers used the National Violent Death Reporting System to look at suicide data for children from 2003-2012 for 17 states in the U.S. They then sorted the 693 cases and looked at two age groups: 5-11, which accounted for children in elementary school, and early adolescents ages 12-14.

Past research has indicated that the circumstances of suicide during these two life stages were not the same, so the researchers wanted to find out how they differed for younger children.

Children of both age groups who died by suicide had several things in common. Most were male, most died at home and about one-third of them had diagnosed mental disorders. Children in both age groups also had an identical likelihood —29%—of telling another person their suicidal intentions.

But the researchers found distinct differences, too. Younger children who died by suicide were far more likely to be black than early adolescents—a surprising finding, since suicide rates for young people are consistently higher in white Americans, but one that bolsters recent data finding a rise of suicides in black children and a drop in white children.”Theories surrounding the increase seen in the suicide rate among young black children are yet to be established,” wrote Arielle Sheftall, a postdoctoral research fellow at the Research Institute at Nationwide Children’s Hospital in Ohio and the study’s first author, in an email to TIME. “We are planning additional studies to investigate potential factors underlying this racial disparity in child suicide.”

An equally stark finding was that most of the children with mental illness who died by suicide had attention-deficit disorder, not depression. While about 60% of children in the younger group had ADD or ADHD, only 33% had depression; in older kids, 66% of them had depression, and 29% had ADD or ADHD. “This finding falls along developmental lines,” Sheftall says. “It suggests that children who die by suicide may be more vulnerable as a group to respond impulsively to interpersonal challenges.”

Younger kids were also more likely than their older peers to have relationship problems with family members or friends, and much less likely to have troubles with girlfriends or boyfriends.

“It’s important to ask children directly about suicide if there is a safety concern,” Sheftall concludes. “Parents, school personnel, and healthcare professionals need to know the warning signs of suicide”—like sudden withdrawal from friends or activities, extended unhappiness or increasing aggressiveness or irritability—”and what steps to take when these signs are present.” 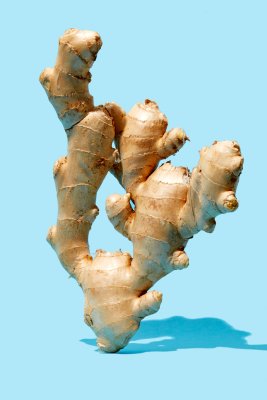 Is There a Natural Remedy for Motion Sickness?
Next Up: Editor's Pick