Lyndon B. Johnson is having quite the streak on screen these days. Every year for the last few years, he’s been depicted by one esteemed actor after another—Liev Schreiber in The Butler, Tom Wilkinson in Selma, Bryan Cranston in the HBO film All the Way. Now, Woody Harrelson jumps into the presidential fray in the aptly titled LBJ, a new movie directed by Rob Reiner which premieres at the Toronto International Film Festival Thursday night but does not yet have a theatrical release date.

The film follows Johnson from the time he loses the Democratic presidential nomination to John F. Kennedy in 1960 and agrees to be the Massachusetts’ senator’s running mate, through his frustration at being sidelined as second fiddle and sudden transition into the Oval Office following Kennedy’s assassination in 1963, and ultimately to his own legacy-building efforts to push the Civil Rights Act into law. Reiner has said that it was the insecurity that loomed behind Johnson’s larger-than-life persona that most interested him in pursuing the project.

In this first look at the latest portrayal of the 36th president, Harrelson—sporting painted-on liver spots and a prosthetic chin—relays a story from his childhood which taught him to complete the saying “When life gives you lemons” in a rather more colorful fashion. Not present in the footage are costars Jennifer Jason Leigh, who plays Lady Bird Johnson, and Jeffrey Donovan, who plays Kennedy. 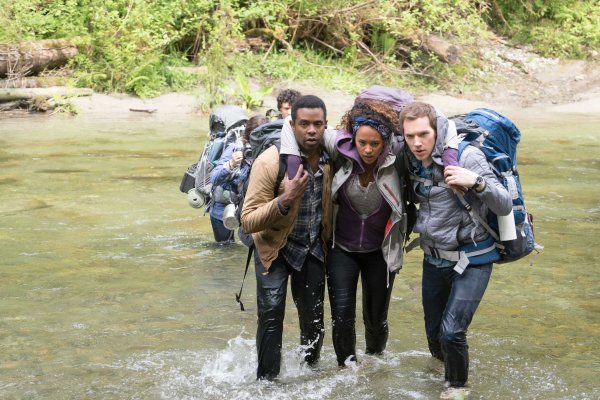 The New Curse of Blair Witch: It's Barely Scary
Next Up: Editor's Pick