Trump Comments on Clinton Health After Days of Silence

Donald Trump questioned the health of rival Hillary Clinton Wednesday after days of largely keeping quiet on the subject in the wake of the Democratic nominee’s disclosure that she had pneumonia.

Trump remarked to a crowd in Ohio that performing in hot and crowded rooms requires stamina, according to a Politico report. “I don’t know folks, do you think Hillary could stand up here for an hour?” he asked the crowd.

Trump’s advisers had urged the candidate to say silent on the matter, according to Politico. Clinton disclosed Sunday that she had contracted pneumonia after video showing her stumbling as she entered a vehicle spread widely.

Later, in the rally he said he hoped Clinton would have a quick recovery. “She’s lying in bed getting better and we want her better,” he said, according to Politico. “We want her back on the trail.” 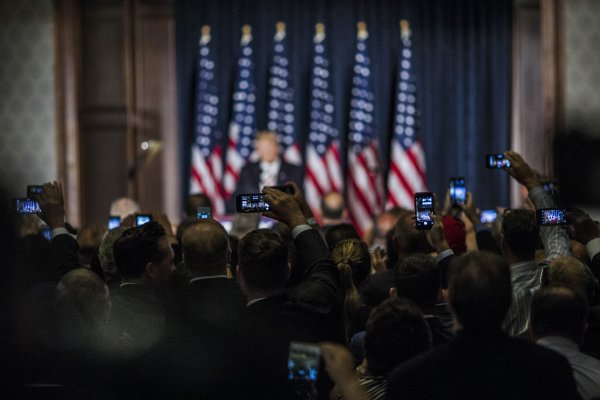 Trump Doubles Down on Russia
Next Up: Editor's Pick