The Democratic nominee last Friday underwent a CT scan that revealed she had a mild, non-contagious bacterial pneumonia, and was treated with the antibiotic Levaquin.

“She is recovering well with antibiotics and rest. She continues to remain healthy and fit to serve as President of the United States,” Dr. Lisa Bardack, chair of internal medicine at the Mount Kisco Medical Group, and Clinton’s physician since 2001, said in the letter summarizing Clinton’s health history.

The release comes three days after Clinton became dehydrated at a 9/11 memorial service and appeared to need help standing upright. A video taken on Sunday showed her being supported by two Secret Service agents as she entered her van.

Clinton had suffered coughing fits last week while talking to reporters and at public events that she had attributed to allergies. After she was diagnosed on Friday, she did not disclose her illness and continued to campaign instead of resting, meeting with national security advisers in New York City on Friday and hosting two fundraisers on Friday and Saturday.

Clinton released medical records in July of last year that contained some detail about her concussion in December 2012. That month she caught a stomach virus while traveling, became dehydrated and fainted. Afterward, the Secretary of State took blood thinners to dissolve a blood clot.

Clinton’s records show that she has a blood pressure of 100/70, a resting heart rate of 70, and has had normal mammogram and breast ultrasounds.

Last year Dr. Harold Bornstein, Trump’s physician since 1980, wrote a letter saying that Trump would “unequivocally” be “the healthiest individual elected to the presidency.” Bornstein later admitted to writing the letter in five minutes while a limousine sent by the candidate waited outside his office.

On a Wednesday screening with Dr. Oz, the television doctor, Trump gave over a one-page summary of a physical examination with Dr. Bornstein. The campaign plans to share the information on Thursday.

Clinton’s decision to release her records on Wednesday heads off Trump’s previewed announcement. 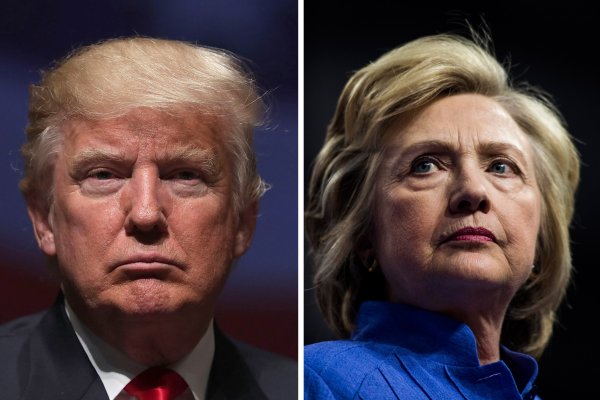