Your Household Dust May Be Filled With These Hazardous Chemicals

Ten chemicals suspected or known to harm human health are present in more than 90% of household dust samples, according to a new study.

The research, published in the journal Environmental Science and Technology, adds to a growing body of evidence showing the dangers posed by exposure to a slew of chemicals people in developed countries encounter on a day-to-day basis. The chemicals come from a variety of household goods that includes toys, cosmetics, furniture, cookware and cleaning products.

A class of chemicals known as phthalates — a group that includes DEP, DEHP, DNBP and DIBP — are present in the highest concentrations, according to the research. That class of chemicals is also thought to be among the most harmful. Exposure to phthalates may interrupt the endocrine system, leading to a decrease in IQ and respiratory problems, among other problems, health researchers say.

Read More: You Asked: Can My Couch Give Me Cancer?

Highly fluorinated chemicals (HFCs), another class of chemicals common in household dust, has been linked to kidney and testicular cancer. The compound is found in everything from cell phones to pizza boxes, according to the study.

Researchers behind the study, which evaluated datasets from more than 25 prior studies, called for manufacturers to replace the chemicals in their products with safe alternatives, but, voluntary participation aside, the path to force companies to replace chemicals remains difficult. For decades, chemicals in this country have been eligible for use without tests to confirm their safety.

An overhaul to the Toxic Substances Control Act passed earlier this year will require the Environmental Protection Agency (EPA) to sign off on new chemicals before they enter the open market, but still thousands of chemicals on the market today remain untested. The Environmental Working Group, an environmental nonprofit, estimates that 1,000 of those chemicals warrant further scrutiny, but the EPA does not have the staff — or the time — to invest in such an effort. Instead, the EPA has selected a much smaller list of priority chemicals to evaluate first.

The research comes as scientists increasingly understand that exposure even to very low levels of these toxic substances can damage human health. And, while exposure on any given day may be small, each exposure adds up. 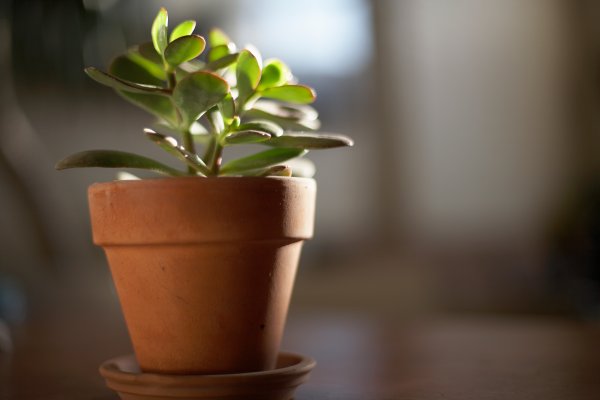 5 Plants That Can Help Purify Indoor Air
Next Up: Editor's Pick