Donald Trump is many things, but he’s not Santa Claus.

The business mogul turned presidential nominee outlined his new childcare plan Tuesday night in Pennsylvania to massive applause and even a few “wows” from mothers in the audience. His daughter, Ivanka Trump, who has been advising Trump on women’s issues, introduced him and was by his side.

Starting with maternity, Trump proposed six weeks of paid leave for mothers whose employers do not already offer the service. He then went on to outline details of his childcare plan which included tax deductions for childcare expenses up to $12,000 for people earning less than $250,000 a year, or families making less than $500,000 a year. Stay-at-home parents would also be able to deduct childcare expenses under this plan. In addition, he proposed a revised federal savings account system to help parents set aside funds for child development and education.

Even to many Democrats, Trump’s ideas sound at first like a solid step forward from where we are currently as a country. Childcare costs having soared to about $22,000 a year, and maternity leave is often unavailable to those who need it most. With conservative ideals pushing away from large government, childcare advances have been ignored and underfunded, and Trump’s plan is remarkable if only for the fact that it is a plan that addresses childcare specifically.

But it is not enough. And it is preposterous on closer look.

Like many of Trump’s plans, when the subject of payment comes up, he’s either vague or wrong. The businessman stated emphatically that the maternity leave plan would be paid for by eliminating unemployment insurance fraud.

There was no mention of how he planned to eradicate the fraud. To tighten regulations so that overpayments don’t occur, we’d have to spend time and resources analyzing the data, costing taxpayers money. And the people who would suffer the most consequences of that would be our nation’s poor. Like drug testing and other programs in place to make sure they’re not getting a free ride, the nation’s unemployed would be forced to jump through dozens more hoops just to get the pittance owed them by the federal government when they lose their jobs. Newsflash: no one wants to lose their jobs. People taking that money need it to feed their families and to keep a roof over their child’s head. Trump’s plan would make their lives harder. While Republicans balk at investing in federal programs, it has been shown time and time again that taking money from the poor is not a good way to finance the rich in terms of economic stabilization of the country.

There is a better, simpler way. Simply check out Hillary Clinton’s plan, which she laid out month’s ago.

Unemployment insurance fraud costs the nation a whopping $3.3 billion, according to a 2013 study. But that number quickly falls to near zero when you consider that $108 billion is paid out in unemployment benefits each year. Add to that the fact that only 35% of people who are out of work even apply for the benefits, and out of those who do apply, there is another $108 billion worth of undercharges. This means under our current system, the government should be paying twice what it does to its jobless citizens, and a mere .03% of those citizens get more than they should.

Given the scope of these numbers, not only would tightening government regulation of unemployment benefits cost the government money in monitoring resources and deserved payouts, the actual amount recovered wouldn’t touch the amount needed to cover six weeks of maternity leave for the nation’s mothers.

Trump’s childcare plan also leaves much to be desired. Currently, we have a tax credit system in place for each child. What would help everyday Americans would be a tax credit for childcare on top of that. Trump offers a tax deduction. They sound the same. They are not.

Tax credits are a dollar for dollar reduction of the taxability of your income. It takes off from the base. This means a $500 tax credit literally saves you $500 in taxes owed. Tax deductions, on the other hand, lower your taxable income according to the percentage of your tax bracket. This means if you are in the 25% tax bracket, a $500 deduction saves you $125.

In other words, Trump’s deduction idea will not help working class or even middle-class Americans.

Trump’s child care plan is the epitome of what he has proven to do best: a bunch of nonsensical words that sound nice together cemented in promises that can in no way be kept. Trump promises shiny gifts but carries coal in his pockets. 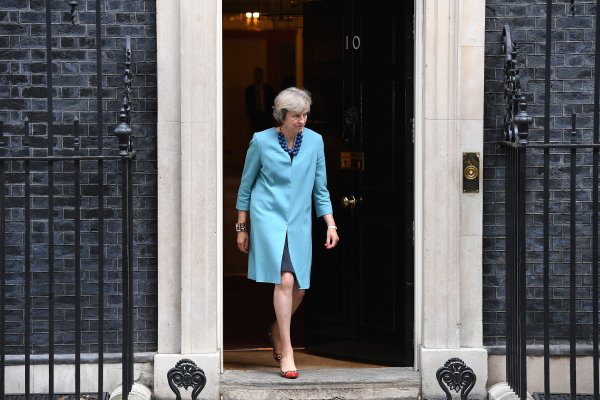