Warning: This post contains potential spoilers for both the Game of Thrones TV show and George R.R. Martin’s A Song of Ice and Fire series.

Although Gendry — played by Joe Dempsie — has been absent from Game of Thrones for over three seasons, some viewers speculate he may soon be making a reappearance.

Robert Baratheon’s only surviving child was last seen escaping Melisandre’s clutches with the help of Ser Davos Seaworth in the season three finale — a suspiciously inconclusive ending for a character who once played a significant role. But thanks to clues from George R.R. Martin’s A Song of Ice and Fire books and a recent alleged sighting of Dempsie in the Belfast airport, fans are speculating that Gendry still has a major part to play in the events to come.

Gendry’s whereabouts in the show have been unknown since he fled from Dragonstone in a rowboat. However, in ASOIAF, he is still alive and working as a blacksmith at the Inn at the Crossroads in the Riverlands. Thrones is known for moving the story along quicker than Martin does, meaning that if Gendry does appear in season seven, his plotline may have jumped to beyond where it has reached in the books. This has led some to theorize that he will next be seen in Oldtown, where Sam has just arrived to begin his maester training at the Citadel.

“I believe we will cross paths with Gendry again in Oldtown when Sam starts his studies as a Maester,” wrote Reddit user Sethg119. “I believe that Sam will study the creation of Valyrian Steel and will require a smith. He will then go to the smith that resides in Oldtown who will be no other than Gendry.”

John Bradley in Game of Thrones
Macall B. Polay—HBO

Valyrian steel is revealed during the battle of Hardhome to be one of only two known materials (the other being dragonglass) that can kill white walkers. However, the art of forging Valyrian steel was lost in the Doom of Valyria, which begs the question of why Gendry would be helpful to Sam on this front.

Well, when viewers first met Gendry he was working as an apprentice for Tobho Mott in King’s Landing — one of the few armorers with knowledge of how to rework the precious steel. And while it is currently unknown if Mott ever taught Gendry his secrets, when Martin was asked that question by a fan, he responded with a very evasive answer.

If Gendry does indeed possess the skills to rework Valyrian steel, teaming up with Sam may be the key to taking his knowledge to the next level and giving him the ability to forge weapons that can be used to defeat the white walkers.

As fans know from the season six finale, winter has finally arrived, meaning the white walkers are due to make their journey south of the wall any day now. With any luck, Gendry may be the key to stopping their army of dead and preventing the total ruin of Westeros — which would hopefully make those three years of rowing totally worth it. 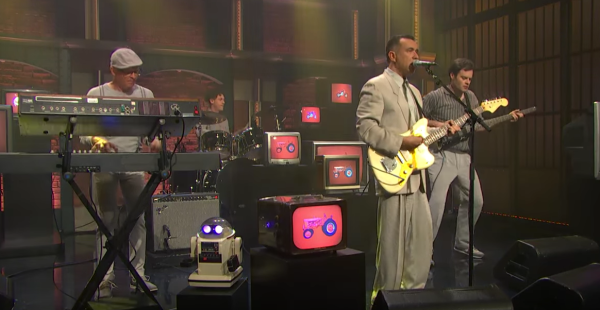