If you only read one thing: Hillary Clinton and Donald Trump are promising to release new details on their health this week, but right now each appears to be waiting for the other to move first. Trump’s campaign pushed back on reports that the candidate would reveal the results of a physical last week with television “doctor” Dr. Oz, instead saying he would release more details of his health “soon.” Oz is interviewing Trump about wellness in an interview set to air Thursday, and said Tuesday that he wouldn’t seek to ask Trump about any topics he didn’t want to discuss. Meanwhile, Clinton, who has been recuperating from a bout of pneumonia, is set to return to her campaign schedule on Thursday in North Carolina.

President Obama proved Tuesday why he is Hillary Clinton’s best surrogate. A natural campaigner who can speak to Clinton’s record, the president seemed to take pleasure in attacking Donald Trump as he boosted his one-time rival in Philadelphia. With an approval rating well above 50 percent, Obama stands to be an asset to Clinton in a way that recent presidents have not been able to be. And his wife, First Lady Michelle Obama, one of the most well-liked figures in public life, is getting in on the action too, with a campaign appearance for Clinton in Virginia Wednesday.

Donald Trump is set to reveal his comprehensive economic plan Thursday in a speech in New York. The GOP has a voter registration edge. And the White House plans to seek an increase in refugees in 2017.

Mike Pence Is Rebuffed as He Tries to Rally G.O.P. Leaders Over ‘Deplorables’
GOP leaders decline to join in rebuke of Clinton [New York Times]

“Families with a stay-at-home parent will be able to fully deduct the average cost of child care from their taxes. I’m hearing, ‘Wow!’” — Trump unveiling his early childhood policy proposals Tuesday evening

Republicans and Democrats Are Looking Less and Less Alike [TIME] 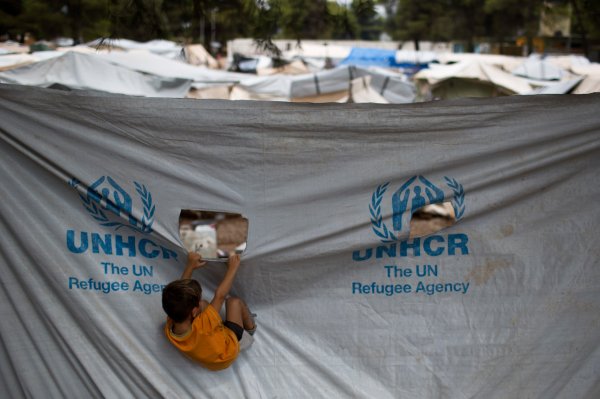