$1.1 Billion: That's How Much Grindr's Chinese Owner Is Paying to Divorce His Wife

As the saying goes, freedom often comes at a price. For Chinese tech mogul Zhou Yahui, that price is $1.1 billion.

Zhou, who purchased a controlling share in the gay-dating app Grindr early this year, was ordered by a Beijing court Tuesday to hand over 705.4 million shares to his wife Li Qiong in a divorce settlement.

The shares are worth about $1.1 billion based on the stock’s closing price per share on the day of the ruling, making for one of the most expensive divorce settlements China has ever seen, according to Quartz.

Zhou, who will retain 34.5% of his shares in the company, made his fortune as the chairman of Beijing Kunlun Wanwei Tech, a major web-gaming developer.

Zhou and Li, both under 40, met in elementary school, and have spent most of the time since their marriage in the U.S., according to Quartz. The years of their marriage and the reasons for their separation are unknown. 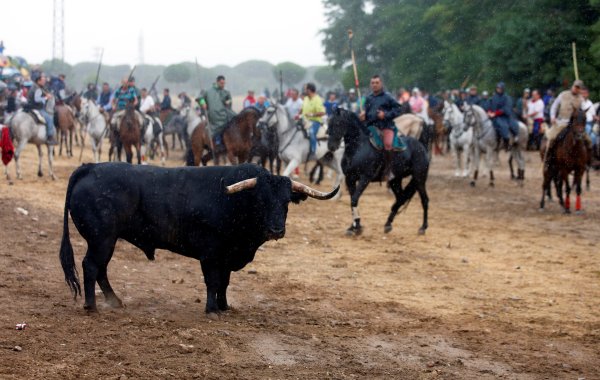 Clashes as Spanish Town Bans Bull-Lancing
Next Up: Editor's Pick