Five Things to Know About the Mid-Autumn Festival

This Thursday will be a big day across much of East Asia. Families will gather for dinner, lanterns will be everywhere, and people will be out and about, mostly staring at the bright full moon while having aptly named moon cakes as desserts.

That’s because it is the Mid-Autumn Festival, also known by other names like the Moon Festival or the Moon Cake Festival. It’s celebrated on the 15th day of the eighth month in the traditional East Asian lunar calendar, which falls on Sept. 15 in the Gregorian calendar this year. From Korea to Vietnam, from Japan to Singapore, this occasion will be marked by various customs and festivities. Here are five interesting things to know about the day:

1. It may all have begun with an elixir overdose

The tradition of family gathering and moon gazing in the evening of Mid-Autumn Festival is associated with the folklore tale of the Chinese moon goddess, Chang’e.

Legend has it that Chang’e levitated all the way to the moon when she overdosed on an elixir of life, intended originally for her husband who shot nine extra suns out of the sky with arrows. Her only companions on the lunar surface include a rabbit and a man condemned to Sisyphean tree-cutting.

Chang’e and the rabbit even got a shout-out from NASA ground control when Apollo 11 was preparing to land on the moon.

2. Moon cakes are evolving thanks to globalization …

Moon cakes are on display for sale at Disneyland Store in Disneytown on Aug. 27, 2016, in Shanghai
VCG/Getty Images

While there have always been different variations of moon cakes across Asia, including some savory ones, the classic sweet pastry most closely associated with the festival has been made the same way for centuries: salty egg yolks stuffed in paste made from lotus seeds or beans.

The market is much more diverse these days, not least since they can now come in all shapes and size. The inception of frozen moon cakes within the past three decades also helps. What’s more, multinational brands like Starbucks and Häagen-Dazs are jumping in on the game too, with the latter’s iteration being a reshaped ice cream sandwich in essence.

3. … and are reputed to have played a role in regime change

A woman in Beijing is holding moon cakes in her hands on Sept. 10, 2016
Zhang Peng—LightRocket/Getty Images

Another popular Chinese folk tale about the Mid-Autumn Festival involves the 14th century overthrow of the Mongolian empire in China. Ethnic Han rebels reportedly smuggled written instructions into moon cakes delivered to their fellow citizens on the evening of one Mid-Autumn Festival, inciting them to take up arms and overthrow their oppressive rulers.

Traditional handmade lanterns are in paper and lit with candles. More luxurious models might have a rattan or wooden frame, covered with paper, or be in the shape of the star fruit — another festive food. Some could also be painted with festive images like Chang’e and the rabbit.

These days, though, such traditional lanterns have become a rarity: inflated bulb-lit plastic lanterns depicting cartoon characters of the season are now the fad among kids. So are glow sticks.

Warm reminder: the Mid-Autumn Festival should not be confused with the Lantern Festival, a.k.a. the “Chinese Valentine’s Day,” which also falls on a lunar 15th — but in the first month of the East Asian lunar year.

While lanterns are still alive and well in Hong Kong, what used to light them up has become an end in itself. Literally known as wax-boiling, the highly dangerous act involves melting candles by the carton in empty moon-cake containers, then splashing water onto the hot, burning wax.

Predictably, the practice that some people humorously call “annual legal arson” has caused multiple serious burn cases almost every Mid-Autumn Festival over the years. By the 21st century, Hong Kong government made what it calls “tampering with hot wax” illegal in public areas — surely one of the only jurisdictions on earth to write hot wax into its criminal code. 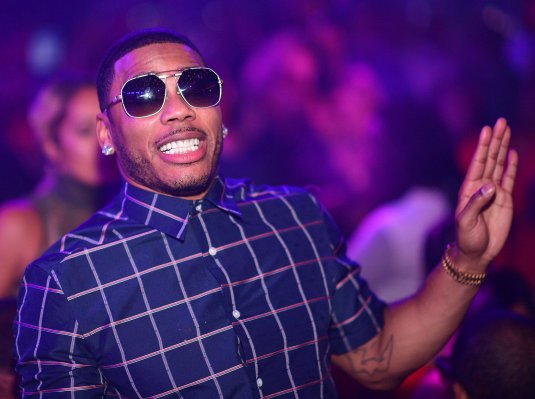 Nelly Fans Unite to #SaveNelly By Streaming 'Hot in Herre'
Next Up: Editor's Pick