A South African man hurls a burning tire in Johannesburg during protests over squalid living conditions in 2010. Conditions for the poor are worsening around the world
Gallo Images—Getty Images
By Michael Schuman

A year ago I asked if Karl Marx was, in certain respects, right about capitalism, and argued that class struggle was making a comeback.

The German philosopher believed the capitalist system was inherently unjust. Capitalism, Marx predicted, would inevitably concentrate wealth in the hands of a few while impoverishing everyone else. There is ample evidence that Marx’s theorizing is becoming reality.

According to a recent report from the International Monetary Fund, income inequality has risen in nearly all advanced economies over the past two decades. In the U.S., the share of income captured by the richest 10% of the population jumped dramatically from around 30% in 1980 to 48% by 2012, while the portion grasped by the population’s richest 1% more than doubled, from 8% to 19%. Other data shows that since 2009, the 1% captured 95% of all income gains; the bottom 90% of people got poorer.

The good news is that more politicians and policymakers are waking up to the problem. “Inequality has deepened. Upward mobility has stalled,” U.S. President Barack Obama said in this year’s State of the Union Address. “Our job is to reverse these trends.”

There is an emerging consensus, furthermore, that such extremes of inequality are bad for overall economic health. “We now have firm evidence … that a severely skewed income distribution harms the pace and sustainability of growth over the longer term,” IMF Managing Director Christine Lagarde warned in a February speech.

But here’s the bad news. The talk hasn’t translated into action. Economic policy for the most part is still biased against the poor — in some ways, it is becoming increasingly antipoor.

The war against the poor may be most pronounced in the U.S. Washington sliced $8.7 billion from the food-stamp program in February, even though nearly 47 million people, or about 1 out of every 7 Americans, currently rely on it. A new bill to extend emergency unemployment benefits is almost definitely dead on arrival in the Republican-controlled House of Representatives.

The standard conservative argument against such welfare programs is that they make people dependent on “nanny states” and discourage initiative. But statistics say otherwise. According to the Center on Budget and Policy Priorities, more than 60% of families with children who receive food stamps have a member who works. The problem is that too many people with jobs don’t earn enough to buy sufficient food and other necessities — they’re the “working poor.” But don’t expect any sympathy from Congress. The Republicans are dead set against a hike in the minimum wage that would allow these folks to buy their own food.

Meanwhile, in Europe, politicians and bankers are breathing sighs of relief that the region’s debt crisis has been quelled. But the reality is that, for tens of millions of Europeans, it hasn’t. Unemployment in the euro zone in February was a gut-wrenching 11.9% — almost unchanged from 12% a year earlier. In Greece, the latest rate is a staggering 27.5%. No wonder angry Spaniards protested in the streets of Madrid in March, more than five years after the economic crisis began. Yet the European Union remains wedded to a policy of austerity rather than growth. What happened to the emergency leadership conferences that were so common when the governments themselves were in trouble? Apparently, Europe’s impoverished aren’t worth such efforts.

In Japan, new policies by Prime Minister Shinzo Abe aimed at restarting a stalled economy are instead squeezing the Japanese people. In an attempt to shake Japan from damaging deflation, Abe is using the central bank to flood the economy with cash to raise prices. Meanwhile, to contend with giant budget deficits and rising government debt, he is also increasing the consumption tax. Yet even though corporate profits have soared — thanks to a weakened yen, also engineered by central-bank policy — those profits haven’t trickled down to the average worker. A combination of higher prices and taxes, and flat wages, means that Japanese families are getting poorer.

Even in China, policymakers talk about closing the country’s gaping rich-poor gap, but many of the necessary reforms have yet to materialize. Interest rates in the banking sector are still controlled in a fashion that punishes savers to subsidize industry, so the return on bank deposits is so meager it barely keeps up with inflation. That hurts China’s low-income families the most. Policy also continues to discriminate against the country’s 262 million migrant workers, who are deprived of proper social services.

Before anyone attacks me as a liberal opposed to free enterprise — the usual slander slapped on those who think the destitute deserve better — please be clear that I see pro-poor policies not as charity, but simply good business and smart economics. Improving the financial health of the average family can build a stronger foundation for economic growth. The soccer mom in Wichita, Kans., who stops by her local bakery to buy a birthday cake for her 5-year-old son, or purchases a new Ford from her local dealer, is every bit as important to the overall economy as any Manhattan tycoon.

What I find baffling is how business leaders and economists fret over retail-sales figures and consumer-confidence surveys, but then advocate practices and policies that crimp people’s incomes and ability to spend. Companies won’t pay a living wage and then wonder where their customers have gone. This isn’t just a matter of improving current economic growth, but our future economic potential as well. U.S. Congressman Paul Ryan recently lambasted America’s school-lunch program, which provides meals to poor kids, as offering “a full stomach — and an empty soul.” Yet is it fair to expect a student with an empty stomach to perform as well on exams as those with full bellies? Ryan isn’t encouraging hard work. He wants to tilt the playing field in favor of the wealthy.

The same is true around the world. Why Abe thinks a poorer population can restart Japanese growth is hard to fathom. China won’t be able to reshape its broken economic model and produce more sustainable growth without pro-poor reforms. With astronomical youth unemployment, Europe is looking at a segment of its population possibly facing economic peril for years, perhaps decades, to come. Is it any surprise euro-zone GDP is expected to grow a mere 1% this year?

The fact is that there is a class war going on, and the little guy is losing. Perhaps that won’t result in revolution, as Marx assumed. But until our politicians and CEOs understand that the average family on Main Street is as critical to the global economy as the bankers on Wall Street, our economic outlook will be just as grim. 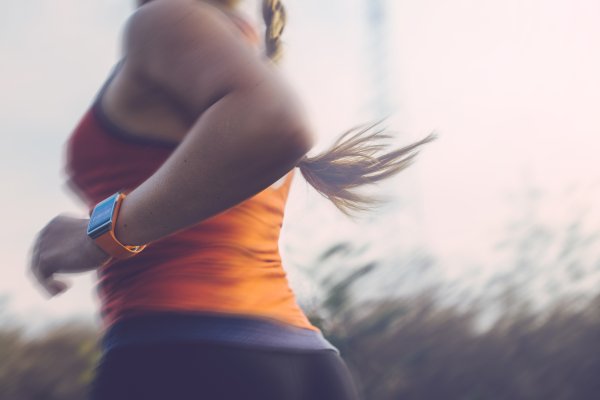 Your Fitness Wearable Can't Help You Lose Weight
Next Up: Editor's Pick