Australia's One Nation party Senator Pauline Hanson is pictured in the Senate chamber on the opening day of the new parliamentary session in Canberra, on Aug. 30, 2016
REUTERS
By Kevin Lui

Pauline Hanson, newly inaugurated Senator and leader of the Australia’s far-right One Nation party, says that the country will be “swamped by the Chinese.”

“If we keep heading down the path of selling our land and our houses and everything, we will be swamped by the Chinese,” she told reporters Wednesday morning in Canberra, according to the Guardian. She was set to deliver her first speech in the upper house later in the day.

“If Kidman station was sold [the Chinese] would be second to Britain,” she added, referring to Australia’s largest piece of privately owned rural land, the sale of which to Chinese-owned buyers was stopped earlier this year by the Australian federal government.

The Australian government’s first report on foreign ownership of rural land, released last week, revealed that the U.S. and Britain were the two countries owning most agricultural land in the country, with China at fifth place, behind the Netherlands and Singapore. If closed, the Kidman deal would have involved 1.3% of the country’s landmass.

Read More: This Australian Party Has a New Voting Idea That Could Radically Change Politics

This is not the first controversial comment regarding migration and foreigners that Hanson made this year. In July, shortly after propelling her party to score Senate seats on a platform overtly singling out Islam, she told reporters that Muslims would cause “terrorism on our streets.”

Hanson is not new to the Australian parliament, having been a legislator in the lower house between 1996 and 1998. She first rose to infamy when she claimed in her first lower-house speech that Australia was “in danger of being swamped by Asians.”

When asked in a television interview that year whether she was xenophobic, she replied in a catchphrase that became associated with her: “Please explain?” 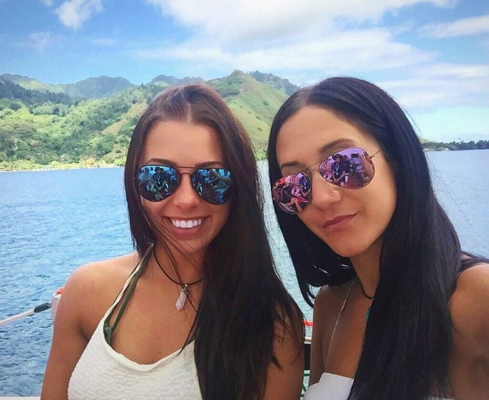 Canadian Vacationers Charged With Smuggling $22 Million of Cocaine on Cruise Ship in Australia
Next Up: Editor's Pick