Spain’s first openly gay referee has said he is going to carry on “whatever the cost,” after being threatened with death by homophobic fans, according to a report in the Guardian.

Jesús Tomillero, a referee in the southern Spain’s Andalusian league, received the threats following a match on Saturday. It was his second game since returning after abuse caused him to quit in May.

The threats came in the form of comments on the 21-year-old’s Facebook account, and appeared to be from disgruntled fans on the losing side. “Reporting this was a mistake, Jesús. The boss has put a price on your head,” said one, accompanied by a picture of a gun. Another read, “You son of a bitch. You messed with the club. We’ll kill you with Aids, you faggot.”

“There are police officers outside my house 24 hours a day, but I’m still afraid and I don’t know what could happen,” Tomillero told the Guardian.

He added that despite being “really, really scared,” he was going to carry on, “whatever it costs.”

Spain was the third country in the world to legalize same-sex marriage, and is the world’s most accepting society when it comes to homosexuality, according to statistics from the Pew Research Center in Washington. Soccer is the country’s most popular sport. 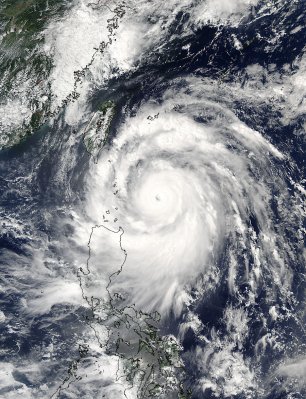 Taiwan and China Brace for the ‘Strongest Storm on Earth’
Next Up: Editor's Pick