Taiwan and China Brace for the ‘Strongest Storm on Earth,’ Supertyphoon Meranti

Supertyphoon Meranti swept past the southern tip of Taiwan on Wednesday, and is forecast to make landfall on China on Thursday with torrential rains and dangerous winds.

The storm is the strongest since Supertyphoon Haiyan devastated the Philippines in 2013, and it is the biggest to near Taiwan since 1959, CNN reports.

About 150,000 people have been evacuated and 260,000 households have lost power in counties across southern Taiwan, authorities told CNN. Almost 400 domestic and international flights have been canceled.

Meranti rose quickly from being a Category-1 storm to the highest level of Category 5 in a period of 24 hours early this week, with winds reaching up to 230 m.p.h.

The monster storm is the strongest anywhere in the world this year, and is among the “deepest tropical cyclones ever recorded anywhere on earth,” according to the forecast site Weather Underground.

As of Wednesday afternoon local time, the supertyphoon was brushing past the southern tip of the island of 23.5 million.

Meranti will not make landfall, though heavy rain and winds over 74 m.p.h. will likely hit most of the island’s southern land area.

CNN updates show current winds at 189 m.p.h. with gusts at 190 m.p.h. as the storm closes in on the island and heads northwest toward the coast of China. 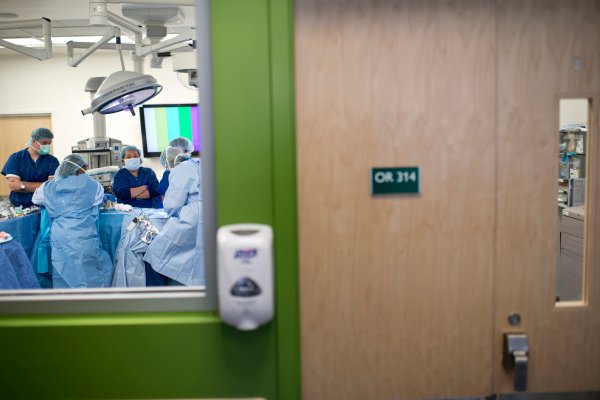 Dutch Bill Would Make Everyone an Organ Donor Unless They Opt Out
Next Up: Editor's Pick