Michael W. Fine, 59, raised one client’s suspicion when she left a meeting with him with time gaps in her memory, moisture around her vagina, and a disheveled bra, the Chronicle reports. When she returned to his office she recorded their interaction: the tape revealed him putting her in a trance, ordering her to have an orgasm and telling her she was “being made love to by the world’s greatest lover.”

After talking with law enforcement, the woman agreed wear audio and video recording devices in another meeting with Fine, and when he put her into a trance, they busted into the office, according to the Chronicle. When the case became public, other women came forward alleging similar run-ins with Fine, and he was charged on six counts in August.

Fine pleaded guilty to five counts of kidnapping and one count of attempted kidnapping, all with a sexual motivation specification, on Monday. He will return to court for sentencing in November, and his plea deal will reportedly put him in prison for 12 years. 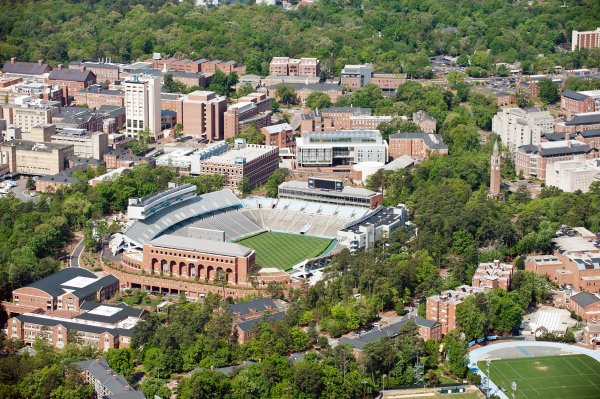 University of North Carolina Student Says She Was Raped by Football Player and School Did Nothing
Next Up: Editor's Pick