A Utah toddler who suffocated after a daycare worker sat on top of a beanbag chair he was hiding under will be buried on what would have been his second birthday, his parents said Tuesday.

Leonardo Sanchez stopped breathing Thursday after the employee at West Jordan Child Center “unknowingly” sat on the beanbag, trapping the child underneath, in what police are calling a “tragic accident.” The little boy was rushed to the hospital, where he was declared brain dead and later died.

The tragedy has left his family reeling and struggling to make sense of what happened. “My heart really hurts. How does somebody do that? I’m just trying to figure all of that out. It’s hard to understand,” the boy’s father, Dan Sanchez, told TIME. “He’s about three feet tall. He’s not a tiny 2-year-old.”

It’s unclear how long the boy was under the beanbag chair. Police said the incident is under investigation, and there have been no arrests or charges filed. The case will also be sent to the Salt Lake District Attorney’s Office for review.

Leonardo, whose heart was donated to another child, will be buried Saturday on his birthday. Family members and friends will say goodbye to the rambunctious boy who knew how to beatbox, just learned how to say “cricket” and loved giving hugs and pretending to fish. “He just loved everything. He loved playing ball, hearing music,” said his mother, Danielle Sanchez.

Leonardo’s parents recalled feeling very confused about why their little boy was being rushed to the emergency room. “Once we learned, I kept repeating back, ‘Are you telling me a teacher sat on my kid?” the boy’s mom said.

The couple’s initial feelings of confusion quickly turned into outrage. “I felt frustration. Sadness. Anger. I go through the cycle of the grieving process,” the boy’s mom said.

Now they’re working to be strong for Leonardo’s three other young siblings and turn their tragedy into a positive change. Specifically, they want to fight to ban beanbag chairs from childcare facilities. “This can’t happen to anyone else. This can’t be OK,” said Dan Sanchez, 35. “The realization of it is these specific kind of chairs that we’re calling beanbags are not safe.”

The West Jordan Child Center issued a statement to by Fox 13, saying “We regret deeply the tragic death of a young toddler at our daycare facility.” “No words adequately describe the depth of the sorrow we feel. And, of course, we do not pretend to understand how devastating this is for the family,” the statement said. “We know the family well, we grieve with them, and we pray that God will provide them the comfort and peace they inevitably will need.”

Meanwhile, little Leonardo’s toys are still strewn around the house and his parents say they still feel his presence sometimes. “Being at home is tough. I still hear him,” his father said. “We’re just trying to go one step at a time.”

Part of the grieving process is to not blame each other for their son’s death—or even the daycare employee who sat on top of him. Dan Sanchez said he has forgiven the worker and accepted that the tragedy was an accident.

“I’m pretty sure her heart sank down past the floor,” he said, adding that he had asked a police sergeant to check on the woman’s welfare. “I’m not upset with her. I would hate for more tragedy to happen.”

“All we can do now is pray and stop something from happening to another child,” his wife added. 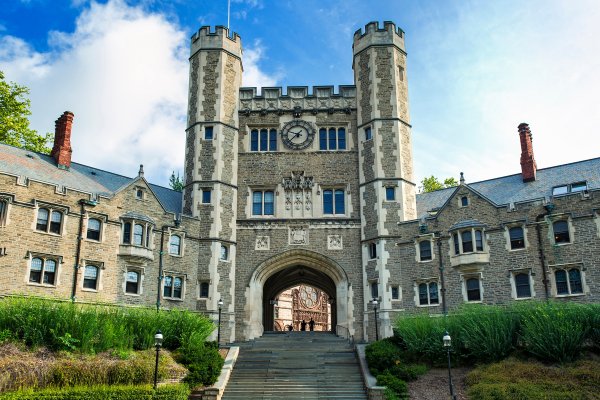 Princeton, Williams aTop New List of Best Colleges
Next Up: Editor's Pick