The software, which requires a 1 GB download to install, adds new features like payments in messages and a redesigned, easier-to-use Apple Music app. But some users said that the upgrade froze or crashed their Apple devices or required that they connect to the iTunes app on their computers.

There was no way initially to know how widespread the problems were. Hundreds of millions of Apple devices are eligible for the upgrade.

Later on Tuesday, Apple said it had fixed the problem. “We experienced a brief issue with the software update process, affecting a small number of users during the first hour of availability,” the company said in a statement. “The problem was quickly resolved and we apologize to those customers. Anyone who was affected should connect to iTunes to complete the update or contact AppleCare for help.”

Rebecca Borison, a developer at software firm BlueMetal, said when she tried to update her iPhone 6S on Tuesday, the new software froze her screen at first. After connecting the iPhone to iTunes on her laptop, she had to restore the phone from a backup to fix the problem. “It’s working now, though, but I had to totally restore it,” she said.

Borison and dozens of others also posted about the problem on Twitter.

Despite extensive pre-release testing, major software updates sometimes go astray. Apple’s iOS 9.3 update in March had to be reworked for older devices after some users were locked out of their iPhones. And in 2014, Apple withdrew a minor update to iOS 8 after users had problems connecting to mobile networks.

The new version of iOS was unveiled at Apple’s worldwide developer conference in June. It will come pre-installed on new iPhone 7 models, which will be delivered on Friday. But owners of older iPhones and iPads could download and install the update starting on Tuesday. 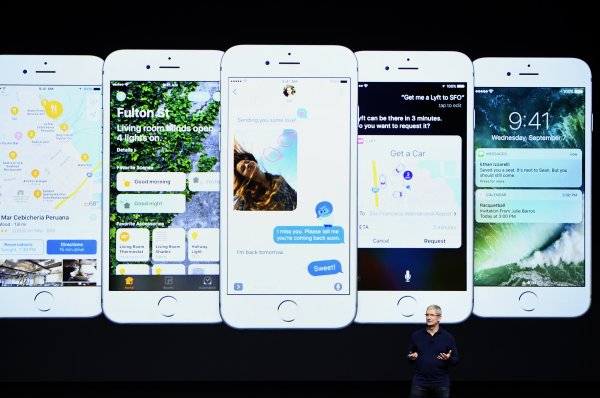 How to Get Apple's New iPhone Software
Next Up: Editor's Pick