In the sweltering heat on Sunday, Hillary Clinton stood for more than 90 minutes, fulfilling her duty to her country and her fellow New Yorkers at a 9/11 remembrance ceremony. She was on day three of diagnosed pneumonia. She had told no one.

Clinton is one of the most scrutinized human beings in the United States today. She can’t take a breath without a pundit analyzing it. Her every move is tracked and reported upon by people whose jobs are to unearth any and all details of her life.

She had pneumonia for three days. And no one could tell.

Despite the presidential candidate’s rally later in the day, and the fact that she had kept a rigid, busy campaign schedule until the incident, reporters for conservative outlets started hypothesizing about neurological problems. Reports of the DNC looking to replace Clinton surfaced nearly immediately.

Has no one ever heard of pneumonia before?

Unlike a common cold, pneumonia is a lung infection that usually presents as a complication of another disease or condition. It comes on after extreme stress to the body’s system. Stress that could come from a hard-fought presidential campaign, a term as Secretary of State and two terms as a senator.

To admit she had pneumonia would be to admit weakness in front of the American people. But a 68-year-old woman who was diagnosed with pneumonia, then stood in 90-degree heat in a bullet-proof vest and a few layers of clothes for over an hour before giving up embodies strength, not weakness. She is so dedicated to her country and her quest that even pneumonia won’t stop her.

Why does Hillary Clinton have to hide the fact that she came down with a common illness in the first place? Why do we need her to be completely above humanness? And why don’t we extend the courtesy we would give to literally anyone else during a bout of illness?

Because she’s a woman, yes. Most women could tell you horror stories about soldiering through illness and injury because it is simply expected of us. But more than that, it’s because she is Hillary Clinton.

Hillary Clinton has long been seen as beyond the realm of human. With all the insults slung her way, with all the arrows penetrating her flawless armor, the public has forgotten that Clinton is a person. She is pretty much the real-life equivalent of Paul Bunyan right now, and people have long stopped reading about her as a human being. She’s become an idea.

This pneumonia incident shows that both her lovers and her haters look at her as invincible. And that is a credit to her, but it’s also, like most of the narratives surrounding her, completely unfair.

Hillary Clinton is becoming a myth right before our eyes. We need to remember she’s only human. A remarkable and strong human, but only human nonetheless. 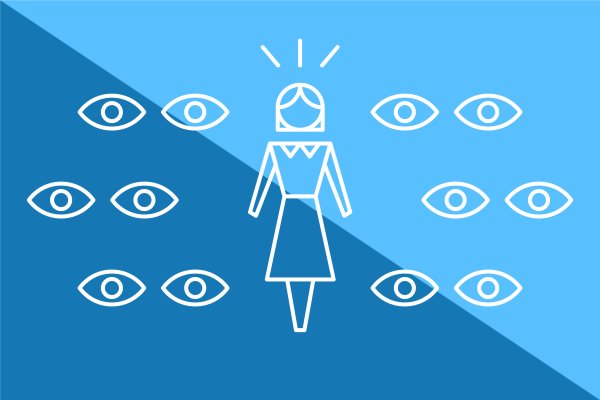 10 Simple Ways to Boost Your Self-Confidence
Next Up: Editor's Pick