The future is closer than ever.

Tactical Robotics, an Israeli firm, has been running test flights of its Cormorant unmanned aerial vehicles (UAVs) this summer, and will keep expanding those tests to bring its aircraft with internal spinning rotors to the market. As of September, the truck-sized, self-flying vehicle can navigate on its own and is capable of ATOL (Automatic Takeoff and Landing). Tactical Robotics will start increasing the Cormorant’s speed in upcoming tests, the firm said in a press release.

Rafi Yoeli, the founder and head of Urban Aeronautics, of which Tactical Robotics is a subsidiary, tells TIME that the Cormorant will have both military and commercial uses. Its internal rotors will allow the Cormorant to land in sloped or rocky terrain as well as narrow residential areas, Yoeli says, unlike helicopters or drones with spinning blade rotors that require a wider landing and flight path.

Upon completion, the new UAV could deliver supplies without issue to troops on a mountain, Yoeli says, or could carry hundreds of pounds of packages to people who need deliveries within hours. The Cormorant will be able to carry 1,100 pounds distances of more than 31 miles (50 km), Tactical Robotics said in a press release.

Meanwhile, Urban Aeronautics and aeronautics firm Safran are in discussions regarding more powerful engines, as well as the feasibility of new aircraft concepts. “Safran and Urban Aeronautics intend to pursue their cooperation through pre-series and production phases of full scale new vertical-lift manned or unmanned vehicles, especially those intended for use in urban environments in the air-taxi, medevac and transport roles,” reads a Sept. 21 press release announcing the arrangement.

The Cormorant is replacing the company’s previously developed AirMule, and Yoeli says the new name reflects how the Cormorant has been derated so that the vehicle’s limitations keep it within the international Missile Technology Control Regime (MTCR) guidelines. (The 35 countries in the partnership agree not to build unmanned vehicles that can carry 500 kg of weight for more than 300 km, established to hinder the ability to carry nuclear weapons.)

Scaling back the capacities of their earlier vehicle designs means they can sell the Cormorant on the international market. But Yoeli adds that it won’t be ready to sell for another 3 or 4 years, as the company still needs to secure investments and go through full-scale development.

Rafi Yoeli, in a meeting with other employees of Tactical Robotics, at the company’s factory in Yavne, Israel.
Daniel Tepper

Correction: The original version of this story misstated the name of the company Tactical Robotics. It also misstated the nature of the relationship between Urban Aeronautics and Safran. The two companies will discuss new engine technologies and vertical-lift aircraft concepts. 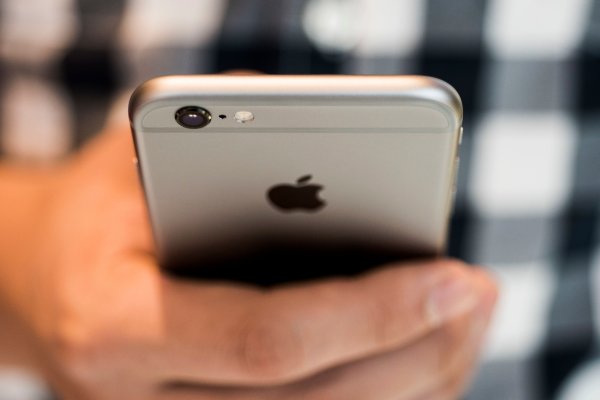 How to Add Stickers to Your iPhone Text Messages
Next Up: Editor's Pick