Scientists Have Found a New Way to Create Mice

Sex is the most reliable way to produce a baby, obviously, but it’s not exactly efficient or effective. Infertility is common, the window for pregnancy is small and so many things can go wrong as an embryo develops. That’s why so many scientists are trying to find ways to create embryos that don’t rely on the traditional fertilization method—and one group of researchers appears to have come upon something groundbreaking—at least for mice.

In a study published in Nature Communications, scientists at University of Bath led by Anthony Perry have managed to fertilize a mouse embryo. That goes against the long-held biological dogma that only the egg can be fertilized to result in a viable offspring, and that only the egg contains the master instructions for triggering the complex developmental process that turns the union of a single-celled egg and a sperm into a full blown animal like a mouse. This could have implications down the line that lead to unheard-of ways to procreate that go far beyond IVF procedures available today.

Perry and his team started with eggs that were chemically stimulated to act as if they had been fertilized—even though no sperm had been introduced yet. Within 16 hours of that stimulation, the egg began making changes to its DNA in preparation for generating the hundreds of different cell types found in a mouse. Eventually, that process stopped, since it only had half the genetic complement it needs. (Mammals, of course, need DNA contributions from both an egg and sperm in order to develop properly.) That’s where Perry’s team intervened again, injecting the genetic material from sperm into the developing egg.

When they did that, they found that the sperm and egg remarkably began to act as if they had been united all along, copying their genetic material each time the resulting embryo divided, and splitting their DNA properly into each of the resulting offspring’s cells. In their experiments, 25% of attempts resulted in healthy mouse pups who went on to live as long as normal mice.

Before this work, biologists believed that only the egg held the equivalent of a biological how-to guide for the formation of the many cell types needed to develop offspring. Now, Perry and his team showed that it’s possible for an embryo, to do the same.

For now, that’s likely only of interest to developmental biologists, who can use the model to study the earliest steps in how a single egg becomes a multi-celled, multi-tissued, complex organism. And having more sources of reproductive cells like egg and sperm, and new ways of triggering development, could eventually lead to new treatments for infertility in humans, as well.

But the findings may also be invaluable for those studying other human diseases, such as cancer, too. “By understanding the processes that initiate cellular proliferation in an embryo, we might be able to better understand what initiates cellular proliferation in a disease like cancer,” says Perry. “So many cellular changes borrow from this extreme change that happens during fertilization, so there are clear implications for many fields.” 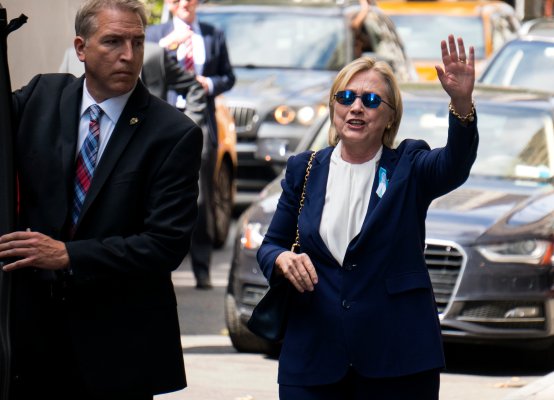 Why Hillary Clinton (And You) Should Be Drinking Water Regularly
Next Up: Editor's Pick