While Democratic presidential nominee Hillary Clinton is home recovering from pneumonia, her most powerful surrogate, President Barack Obama, will stump for her at a rally in Philadelphia on Tuesday. The candidate is not expected to attend the event.

“We’re still a couple months from Election Day, and I know that the President is determined over the course of the next eight weeks or so here to make a forceful case in support of her campaign,” Earnest said. “He certainly believes that the stakes are high.”

Obama’s presence on the campaign trail is particularly important for the candidate who recent polls have show is failing to excite voters leading up to the election. According to a recent Washington Post/ABC News poll, Obama’s approval rating is at 58% and it has hovered above 50 for most of 2016. Obama can be especially helpful in efforts to turn out young voters and voters of color, who helped carry him to the White House in 2008 and 2012.

The event starts at 1:45 pm. Eastern. Watch live above. 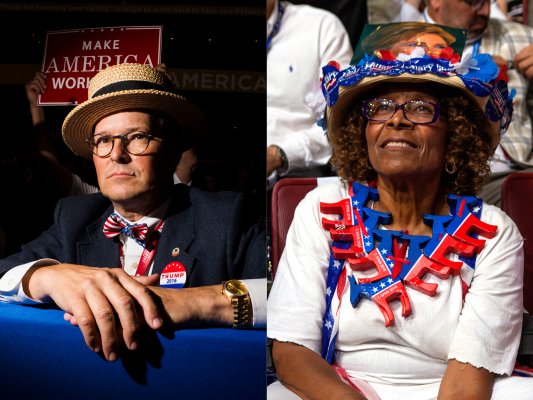 Republicans and Democrats Are Looking Less and Less Alike
Next Up: Editor's Pick