A view from the water against a backdrop of the city's skyline of Boston Light, the country's first lighthouse, located on Little Brewster Island in the Boston Harbor Islands National Recreation Area, Sept. 9, 2016.
Boston Globe / Getty Images
By Eric Jay Dolin

It was 300 years ago, on Sept. 14, 1716, that Boston Light began shining forth, becoming America’s first lighthouse. While this extraordinary milestone is worth celebrating on its own, it is only a small part of a much bigger and more momentous story. From this impressive beginning, more than 1,000 lighthouses were built along the country’s sinuous and dangerous coasts to safely welcome mariners from near and far.

Though many of them have since become quaint tourist attractions rather than life-saving necessities, the lighthouse played an indispensable role in building the nation and contributing to its economic success.

Maritime commerce, the lifeblood of the colonies, made local officials eager to build lighthouses to show the world that their burgeoning ports could be safely navigated. This compelling rationale spurred Massachusetts to lead the way with Boston Light in 1716, which was followed by nine other colonial lighthouses, ranging from Charleston, S.C., to Portsmouth, N.H. The commerce fostered by those lighthouses, in turn, financially strengthened the colonies and helped them win the War for Independence.

During that conflict, lighthouses became key strategic targets. Since lighthouses do not distinguish between friend or foe, the colonial “rebels” doused the lights up and down the coast so that they wouldn’t aid the British Navy in its maneuvers. At Boston Light, and the Sandy Hook Lighthouse, in New Jersey, however, the Americans failed. Despite multiple, bloody attacks on British troops guarding the lighthouses, American soldiers could not dislodge the enemy. And at Boston Light, the British exacted a terrible revenge. Just before the British Navy departed Boston Harbor for good, on March 17, 1776, British marines visited the lighthouse, placed a keg of gunpowder at its base, lit the fuse, and rowed back to their waiting ship. An hour later, a violent explosion turned the lighthouse into “a heap of rubbish” in the words of one eyewitness. But Boston needed the service that its lighthouse had provided, so, in 1783 a replacement lighthouse was built on the same spot as the old.

The leaders of the new nation that sprang into existence after the war clearly understood the critical importance of lighthouses to the country’s future, and that is why, on Aug. 6, 1789, the delegates to the First Federal Congress passed a bill that would transfer the responsibility for building and managing lighthouses from the states to the federal government. President George Washington signed it into law the following day, making Aug. 7, 1789, the official birthday of America’s lighthouse establishment.

Commonly referred to as the Lighthouse Act, it was only the ninth law passed by Congress. It also became America’s first public works program.

With this firm foundation, as the country grew, so too did the number of lighthouses, creating a gleaming necklace of beacons and literally lighting the way for the settlement of new territories and states. Thus, soon after citizens of the young nation made their way to the Great Lakes, the Gulf Coast, the West Coast, Alaska and Hawaii, lighthouses were built on those shores to help these new American outposts prosper.

The story of America’s lighthouses is about much more than just economic growth, mariner safety, military conflict and national expansion. It is likewise a history of lighting innovation. Lighthouse illuminants changed dramatically over time, running the gamut from whale, lard and vegetable oil to kerosene, acetylene and finally electricity. Similarly, crude lamps gave way to more sophisticated ones, and reflectors that did a poor job of projecting the light were replaced by the crown jewels of lighthouse illumination—Fresnel lenses, which not only increased the intensity of the light, but also became one of the most important and strikingly beautiful inventions of the nineteenth century.

While all of America’s lighthouses required skill to build, a few, such as Minot’s Ledge Lighthouse, located a mile offshore from Cohasset, Mass., on a narrow outcropping of jagged stone that is submerged most of the time, posed such significant challenges that they are truly marvels of engineering, serving as testaments to human ingenuity.

At its core, however, the dramatic history of America’s lighthouses is about people, and an intriguingly diverse cast of compelling characters brings that history to vivid life. These include Founding Fathers, imperiled mariners and inspiring leaders, but, undoubtedly the most important actors are the male and female keepers, who faithfully kept the lights shining and the fog signals blaring.

Unlike so many government programs, the success of which can be measured by concrete outcomes, statistics, and cause-and-effect linkages, the success of the nation’s lighthouses is largely invisible and impossible to quantify, since it is measured by the number of accidents that don’t happen. Nevertheless, there is no doubt that without their guiding lights and fog signals, America’s coasts would have been far more dangerous places for mariners and their ships, and the country’s, as well as the world’s, commerce and people would have suffered mightily as a result.

Although Boston Light is the only lighthouse that still has a keeper, and, in the era of GPS and sophisticated radar systems, lighthouses are not as critical to navigation as they once were, these magnificent coastal sentinels deserve the admiration of all Americans. Whether today’s citizens are aware of it or not, lighthouses have had a dramatic and positive impact on their lives.

Eric Jay Dolin lives in Marblehead, Mass., and is author of Brilliant Beacons: A History of the American Lighthouse. 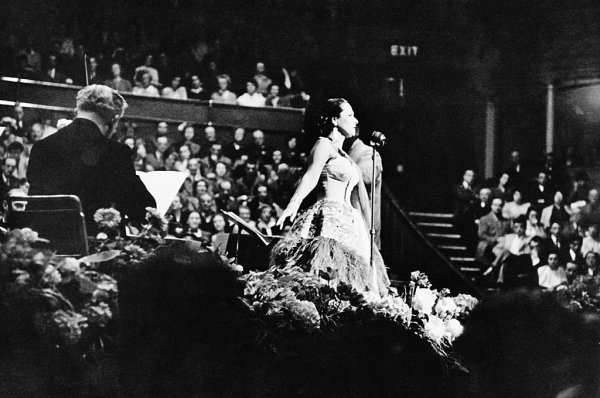 This Is What It Was Like to Hear Yma Sumac Sing in Concert
Next Up: Editor's Pick