Rich Battista, president of Time Inc. NEWFRONT at Gotham Hallin in New York City on May 5, 2016.
Jamie McCarthy—Getty Images for TimeInc.
By Fortune

The channel, People/Entertainment Weekly Network, or PEN, will debut Tuesday with 14 original shows scheduled during the first month. The goal is to expand the entertainment and celebrity focus of the two magazines to streaming video, an increasing focus for many traditional media companies amid a shift by readers and television viewers to digital news and entertainment.

“PEN is designed to be a network for the future with its premium long-form video delivered directly to consumers through multiple platforms and channels,” said Rich Battista, president of Time Inc., the parent company to People and Entertainment Weekly along with Fortune and TIME. “We have a strong foundation of outstanding original programming and partnerships with leading multiplatform distributors and blue chip advertising partners from day one.”

In addition to being viewable online and on mobile devices, the network will be distributed to television screens through Amazon Fire TV, Google Chromecast, and Comcast’s Xfinity. It will also be available on Roku Players.

Programs available at the channel’s premiere include a celebrity interview show, video features based on People magazine articles, and a documentary about five children who were conceived but still unborn when their fathers died on 9-11. Viewers will also be able to watch archived video from Time Inc.’s extensive library. 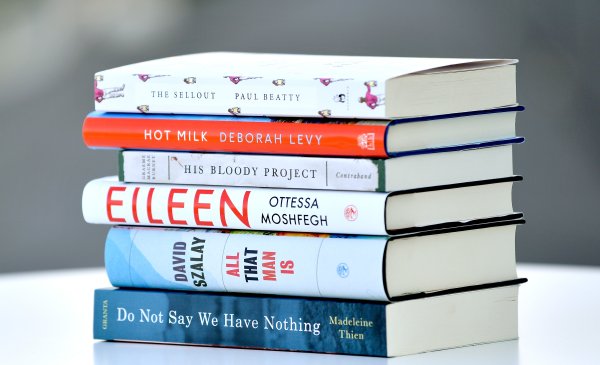 The Man Booker Prize For Fiction Shortlist Has Been Announced
Next Up: Editor's Pick