Former President Bill Clinton said Hillary Clinton has previously had bouts of dehydration and said Sunday’s incident is not an indication of a more serious health issue.

“Well if it is, it’s a mystery to me and all of her doctors. Rarely, but on more than one occasion, over the last many, many years, the same sort of thing’s happened to her where she just got severely dehydrated,” Bill Clinton said in a CBS News interview with Charlie Rose on Monday night.

The former president said Hillary Clinton is “doing fine” after leaving a 9/11 memorial service early because she was feeling “overheated.” Her campaign later announced that she had been diagnosed with pneumonia late last week.

“She’s doing fine, she was even better last night before she went to sleep,” he said in the interview. “She had a good night’s sleep. She just got dehydrated yesterday.” 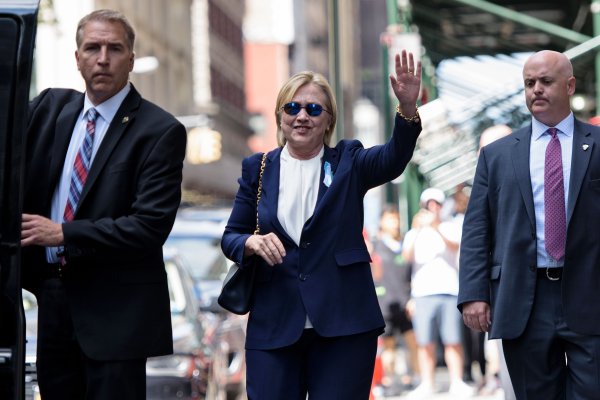 How to Replace a Presidential Nominee Who Gets Sick
Next Up: Editor's Pick