Hillary Clinton Says She's Fine: 'I'm Just Anxious to Get Back Out There'

Hillary Clinton said Monday that she is “feeling fine and getting better,” after the campaign disclosed that the Democratic presidential nominee had been diagnosed with pneumonia.

“Like anyone who’s ever been home sick from work, I’m just anxious to get back out there,” Clinton wrote on Twitter. “See you on the trail soon.”

On Sunday, the candidate left a ceremony at the 9/11 Memorial in New York City early after she became overheated. Video later surfaced that appeared to show Clinton stumbling and possibly faint as she got into her vehicle. The campaign said it will release more information about Clinton’s health later this week.

Earlier on Monday, her opponent Donald Trump wished her well during an appearance on Fox & Friends.

“Something’s going on,” Trump said. “I just hope she gets well and gets back on the trail and we’ll be seeing her at the debate.” 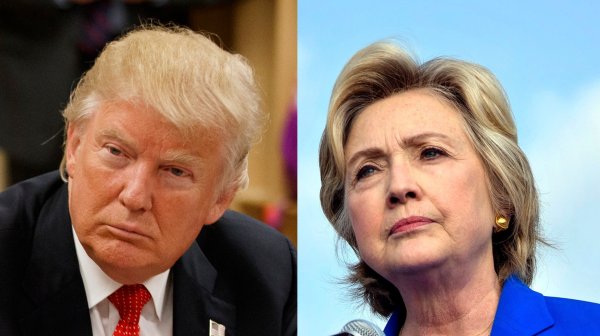 How the 2016 Election Is Testing the Legal Standard on Corruption
Next Up: Editor's Pick