Anita Sarkeesian, a TIME 100 honoree, blogger and the founder of the Feminist Frequency nonprofit, spoke to Motto via email about the need to feature more women’s stories in media and her new Ordinary Women video series.

Motto: What was your goal with this documentary series? Why is it important to you?

Anita Sarkeesian: Ordinary Women really came out of a frustration with the kinds of stories about women that just so often aren’t being told. In school, young girls and boys, children of all genders, are taught about all these amazing things that men have done throughout human history, but so often the amazing accomplishments of women are completely overlooked. And it’s important to me that we collectively as a culture start to change this because our notions of what women have done in the past can have a real impact on our perceptions of what women can and should do in the present and the future. I think that often when young girls, who have learned about all these amazing male inventors and scientists and pioneers in school but haven’t heard those kinds of stories about women, are exposed to stories about amazing women and their accomplishments, it can dramatically change their whole idea of what’s possible.

What went into choosing the women that are profiled on the series? How did you pick them, and why?

We started with a spreadsheet of around 50 women and whittled it down from there to the five who are featured in Ordinary Women. We wanted women from different cultures and different time periods throughout history because we wanted to communicate that, despite the considerable cultural restrictions they’ve faced, women have always and everywhere been accomplishing amazing things. We also wanted women whose accomplishments were in a variety of fields, so we have artists, technological innovators, and important and influential thinkers and writers. And we have Ching Shih, a fearsome 19th-century pirate who commanded a massive fleet, because we wanted to show that women can be historical villains as well as heroes.

How are we depicting women in media and in our stories (movies, TV, books, video games, etc.) and what would you like to see change?

So often women are portrayed as supporting characters in the lives of men, important as the wives and mothers of men who do great and important things, but it’s less common for us to see stories that center women, their lives and their accomplishments. Having stories that center women encourages us to see women as people who are important to their own lives and intrinsic humanity, rather than defining them in relationship to men. Game designers would sometimes tell me that in their games, women fill these sorts of supportive roles because “that’s how it was back then,” and part of what we’re trying to do with Ordinary Women is demonstrate that no matter when or where a story is set, you can have women who struggle against and rise above the limitations placed on them and accomplish amazing things.

How can we as a society do better at amplifying and sharing women’s voices?

I think it’s important that we really rethink the amount of weight we give to women’s voices and experiences, and how little value we often place on women’s experiences relative to men’s. I think you see this very clearly in situations like the Brock Turner trial and sentencing, how there was so much concern from the court about Turner’s life and so much disregard for the survivor, for her experiences and for what he’d done to her. And actually, this is a pervasive issue in our culture, in workplaces, in the media, that women’s voices and experiences just aren’t given as much weight as men’s, that women aren’t given the benefit of the doubt in the way that men are. So the challenge we face is not just about amplifying and sharing women’s voices but also about really listening to women. 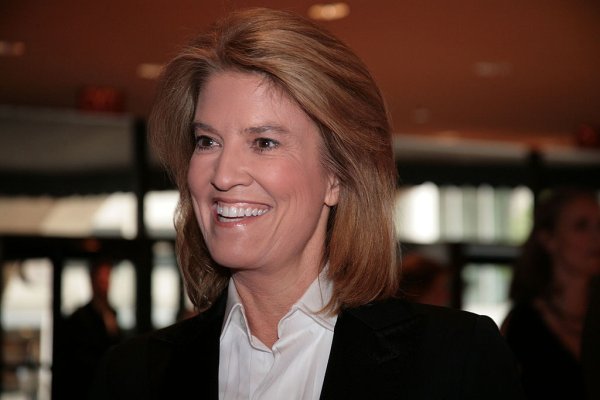 Greta Van Susteren Says She Regrets That 'Roger Ailes Was Not Supervised’
Next Up: Editor's Pick