Gabrielle Union attends the 'The Birth of a Nation' Red Carpet Premiere during the 2016 Toronto International Film Festival premiere at Princess of Wales Theatre on September 9, 2016 in Toronto, Canada.
Walter McBride—FilmMagic
By Eliana Dockterman

“Tremendous.” That’s how actress Gabrielle Union — speaking at the Toronto Film Festival — described the response to an op-ed she wrote about her upcoming film The Birth of a Nation, the controversy surrounding director and star Nate Parker, and her own history of sexual assault. The critically lauded film, which received a standing ovation at the film festival, has become the center of a firestorm following revelations that Parker was accused and acquitted of sexual assault in 1999.

In The Birth of a Nation, Union plays a woman who is raped and stays silent afterwards. For her Los Angeles Times op-ed, she wrote of how she was raped at gunpoint in a Payless Shoes—and said she took the role because she thought it was important to represent the lack of power and control that women, especially black women, have over their own bodies. She expressed confusion and concern over the allegations against Turner by a woman who committed suicide four years ago.

“As important and ground-breaking as this film is, I cannot take these allegations lightly,” she wrote. “But I believe that the film is an opportunity to inform and educate so that these situations cease to occur on college campuses, in dorm rooms, in fraternities, in apartments or anywhere else young people get together to socialize.”

At the film festival, Union described an outpouring of support from survivors, fans and women in Hollywood. “I think we’re all craving acknowledgment that we’re real, that we exist, that we live among you, that we are your mothers, your brothers, your sisters, your lovers,” she told New York Magazine.

She has heard some criticism, though. While about 90 percent of the people she heard from were supportive, “five percent feels I threw Nate under the bus and 5 percent feels I’m a rape apologist. I strongly encourage those two five percents to talk to each other. I think everyone takes something different away from the conversation,” she said. “Every time I talk about sexual violence I want to puke. There’s never been a time in the last 23 years where I did not want to vomit, but my personal discomfort is nothing compared to being a voice for people who feel absolutely voiceless and powerless.”

Here are her full comments to New York Magazine: 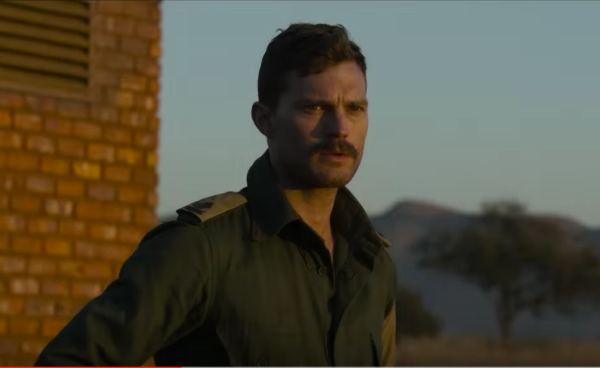 Watch the Trailer for the New Netflix Film The Siege of Jadotville
Next Up: Editor's Pick