20 Years After Tupac's Death: 'A Symbol of Possibility, of Life Cut Short'

When the rapper and actor Tupac Shakur died on Sept. 13, 1996, TIME called his murder “a defining nightmare for a gangsta-rap world whose paranoid royalty seem increasingly compelled to live out the grotesque violence that fills its art.”

In the 20 years since, however, his legacy has proved to be about much more than that “gangsta-rap world,” according to research by Jeremy Prestholdt, an associate professor in the Department of History at UC San Diego. His book, Icons of Dissent: The Global Resonance of Che, Marley, Tupac and Bin Laden, is due out next March. Prestholdt tells TIME that, while researching in East Africa in the years after Shakur’s death, he realized that Shakur had a “global resonance” that was “more complicated and more nuanced than what I was familiar with from an American perspective.”

As Prestholdt described in a 2009 article for the Journal of African Cultural Studies, Shakur became a widely used symbol during the civil war in Sierra Leone, which began before his death and went on until 2002. He “became a lodestar for multiple rebel factions,” Prestholdt says, and the Revolutionary United Front used Tupac T-shirts as uniforms. The rapper was likewise a symbol in places including the Democratic Republic of Congo, Ivory Coast and Libya.

Prestholdt explains that there was a “convergence of circumstances” in the early 1990s that led to this situation. Hip-hop had become a globally popular art form, and he was recognizable all over the world. There was a post-Cold War “sense of disillusionment,” a loss of meaning, which Shakur was able to capture. His message about systemic oppression and poverty appealed to many, even those whose experiences were very different from his. And, of course, there was his headline-making sudden death at the height of his career.

Prestholdt posits that his death helped make him “a symbol of possibility, of life cut short” as well as righteous violence and “courage, invincibility, resilience [and] a form of masculinity” in many different places around the world where people faced violent trauma, from South Africa to the South Pacific.

That symbolism has only increased in the past two decades.

But that myth has also changed, as some of that post-Cold War alienation has faded.

One of Prestholdt’s arguments is that, in order for someone who has become a symbol to remain one, the symbolism has to evolve over time. In some ways, the violent end that helped establish Shakur’s legacy has become less and less a part of his story, especially in the United States.

“He was vilified during his life by lawmakers and others and then you fast forward to the recent past and you have his poetry being used in Powerade commercials, you have the Vatican in 2009 using his music on their MySpace page,” Prestholdt says. The social relevance of his lyrics has taken on prominence—as, for example, in the musical Holler If Ya Hear Me—while the parts of his life that were seen more critically at the time have tended to fall away from view.

“He has become a voice for people who feel alienated, who feel marginalized by political or social systems, and I think the fact that he, in the minds of listeners or fans. really gave voice to their sense of alienation or their grievances, is what continues to make him such a powerful and resonant figure,” Prestholdt says. “People feel like he’s speaking directly to them and he’s narrating their experience.”

Read TIME’s 1996 coverage of Tupac Shakur’s death, here in the TIME Vault: What Goes ‘Round 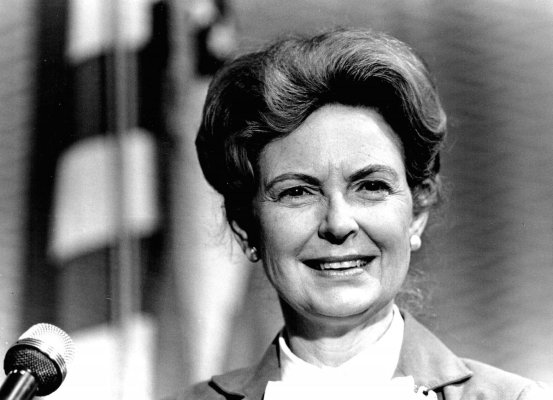 It Wasn’t Just Phyllis Schlafly Who Opposed the Equal Rights Amendment
Next Up: Editor's Pick