U.S. Democratic presidential nominee Hillary Clinton gets in her car while leaving her daughter's apartment building after resting on Sept. 11, 2016, in New York.
Brendan Smialowski—AFP/Getty Images
By Charlotte Alter

Just over a day after Hillary Clinton called a portion of Donald Trump’s supporters a “basket of deplorables,” the Trump campaign has put her words into a new attack ad.

“Speaking to wealthy donors, Hillary Clinton called tens of millions Americans ‘deplorable,” the ad says. “People like you, you, and you.”

The ad then cuts to footage of Clinton saying “you could put half of Trump’s supporters into what I call the basket of deplorables’ in a speech she gave at a Manhattan fundraiser Friday night. “The racist, sexist, homophobic, xenophobic, Islamaphobic—you name it. And unfortunately there are people like that. And he has lifted them up,” she said in her speech.

The ad lets the camera linger on groups of Trump supporters while a female voice says, “You know what’s deplorable? Hillary Clinton demonizing hardworking people like you.”

By Monday morning, some Trump supporters had changed their names on Twitter to include the word “deplorable.”

The ad was posted the same day Hillary Clinton had to leave the September 11 memorial ceremony Sunday morning after becoming overheated, according to her campaign. Her doctor later released a statement saying Clinton is being treated for pneumonia. Clinton’s health has long been the subject of speculation by right-wing conspiracy theorists.

Trump wished Clinton well in a Monday morning interview on Fox, saying “something’s going on, but I just hope she gets well and gets back on the trail and we’ll be seeing her at the debate.” 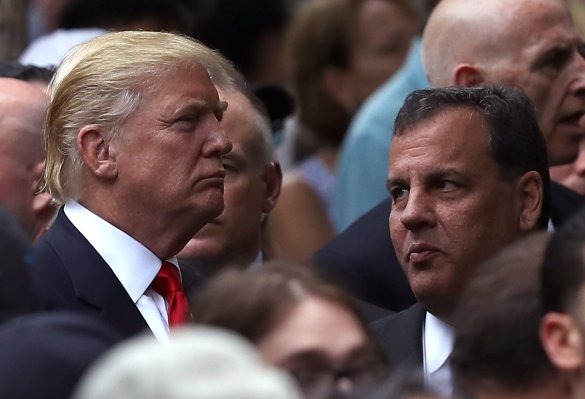