North Korea Is 'Ready to Hold Its Sixth Nuclear Test,' the South Says

Kim Jong Un’s government is ready to launch his sixth nuclear test, and this one is set to be even more powerful — just three days after North Korea set off its most powerful nuclear test to date, according to a Reuters report citing South Korea’s Yonhap News Agency.

Yonhap said that South Korean officials believed that an unused tunnel at the North Korean test site could be the location of the next test.

“The North has completed preparations to conduct a nuclear test at any time in the third tunnel that has not been used previously,” an unnamed official told Yonhap.

In a separate report, also from Yonhap, C.I.A. director John Brennan said that the country’s increasing nuclear capabilities, particularly those of “marrying up those nuclear devices or warheads with ballistic missiles that can reach great distances,” were a cause of concern “not just for the East Asia region but also for the United States.”

According to the Associated Press, U.S., South Korean and Japanese leaders have agreed to work with the U.N. Security Council and the international community to implement existing punitive measures imposed on North Korea for prior instances of unlawful nuclear activity. 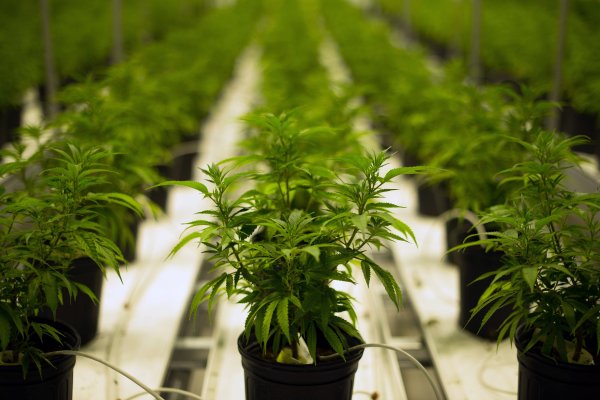 Canada Wants the U.S. to Change Its 'Ludicrous' Marijuana Policy
Next Up: Editor's Pick