Canada Wants the U.S. to Change Its 'Ludicrous' Marijuana Policy

Canada plans to push the United States to change a “ludicrous” current policy that forbids Canadians who admit to previously using marijuana from entering the U.S.

A spokesman for the Canadian government said on Friday that it has been in discussions with the U.S. government about Canada’s plans to legalize marijuana, Reuters reported. But the spokesman said the travel policy has not yet been addressed.

The policy drew attention when a Canadian man in 2014 was barred from entering the U.S. after he admitted he had smoked marijuana recreationally, Reuters reported.

“We obviously need to intensify our discussions with our border authorities in the United States, including the Department of Homeland Security,” Public Safety Minister Ralph Goodale said in an interview with the Canadian Broadcasting Corp late on Thursday, according to Reuters.

“This does seem to be a ludicrous situation,” he said.

This debate comes as Canada moves toward legalizing marijuana and as more states in the U.S. are beginning to legalize marijuana or ease restrictions on its use for medical purposes. 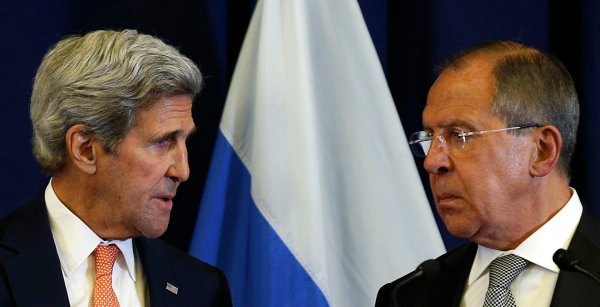 Syria Renews Attacks on Rebels After U.S.-Russia Deal
Next Up: Editor's Pick