Speaking at a fundraiser in New York City on Friday, Hillary Clinton said half of Donald Trump’s supporters belong in a “basket of deplorables” characterized by “racist, sexist, homophobic, xenophobic, Islamaphobic” views.

“You know, to just be grossly generalistic, you could put half of Trump’s supporters into what I call the basket of deplorables. Right?” Clinton said. “The racist, sexist, homophobic, xenophobic, Islamaphobic—you name it. And unfortunately there are people like that. And he has lifted them up.”

She said the other half of Trump’s supporters “feel that the government has let them down” and are “desperate for change.”

“Those are people we have to understand and empathize with as well,” she said.

Read Clinton’s full remarks from the LGBT for Hillary gala, according to a pool report: 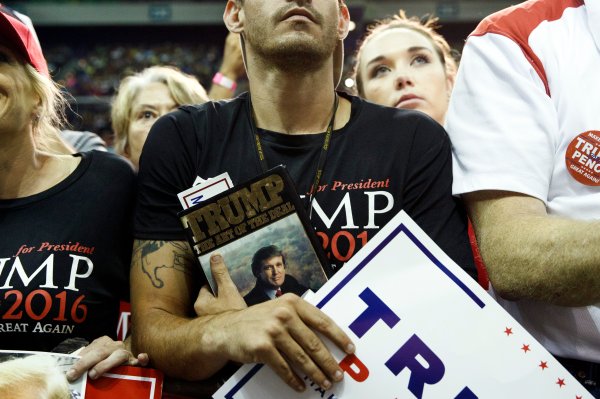 Hillary Clinton Says Half of Donald Trump's Supporters Are in 'Basket of Deplorables'
Next Up: Editor's Pick