Democratic presidential nominee Hillary Clinton lashed out at many supporters of Donald Trump Friday, saying half of them hold hateful views that put them in a “basket of deplorables.”

“You could put half of Trump’s supporters into what I call the basket of deplorables. Right,” Clinton said, drawing laughter and applause as she addressed about 1,000 donors at an LGBT for Hillary fundraising gala in New York City, “The racist, sexist, homophobic, xenophobic, Islamaphobic—you name it.” Adding that Trump had “given voice” to many of those elements through his campaign rhetoric and retweets, she continued that, “some of those folks—they are irredeemable, but thankfully they are not America.”

She suggested that the second “bucket” of Trump supporters feel alienated by economic instability and government dysfunction and are desperate for any change. They don’t buy everything he says, but he seems to hold out some hope that their lives will be different,” she continued. “Those are people we have to understand and empathize with as well.”

The comments quickly drew condemnation from the Trump campaign as indicative of the “politics of division” that the GOP nominee has accused her of playing. Meanwhile even some Democrats reflected that at best it was a distraction from her campaign message, and an example of divisive political rhetoric in which a would-be president casts out a large swath of the country she hopes to lead. About 43% of likely voters in the U.S.—more than 50 million Americans—support Trump according to the latest polls, with Clinton’s math returning figures into the tens of millions.

Second only to Trump as the most historically disliked nominee in recent history, Clinton spent much of the summer focused on raising voters’ negative opinions about Trump, and just weeks ago delivered an entire campaign speech devoted to highlighting the comments of some of Trump’s most virulent supporters. In recent days she had been trying to put a more positive face to her campaign following weeks of withering attacks on Trump and controversy over her emails.

There is little doubt that Trump has drawn support from extremist elements, including the so-called ‘Alt-Right’ movement. And to an extent, her comments fall in the zone of the Kinsley gaffe—when a politician tells some truth they weren’t supposed to say. But Clinton’s comments Friday suggested that those forces make up a far larger cohort of Trump backers than she had ever suggested before. Her arithmetic, which she called “grossly generalistic,” is proving to be a political gift to the Trump campaign, which is already using it to rally their supporters.

Trump’s campaign released a statement early Saturday accusing Clinton of dishonoring the “everyday Americans” backing Trump. “Just when Hillary Clinton said she was going to start running a positive campaign, she ripped off her mask and revealed her true contempt for everyday Americans,” said Trump spokesman Jason Miller. “And what’s truly deplorable isn’t just that Hillary Clinton made an inexcusable mistake in front of wealthy donors and reporters happened to be around to catch it, it’s that Clinton revealed just how little she thinks of the hard-working men and women of America.” The candidate also took to Twitter Saturday morning to respond. “Wow, Hillary Clinton was SO INSULTING to my supporters, millions of amazing, hard working people. I think it will cost her at the Polls!” Trump tweeted.

It has become tradition for controversial remarks at fundraisers to be injected into the political bloodstream. In 2008, speaking at a fundraiser in San Francisco, then-Sen. Barack Obama tried to explain the resentment in small-town Pennsylvania amid a tumultuous economy. “It’s not surprising then they get bitter, they cling to guns or religion or antipathy toward people who aren’t like them or anti-immigrant sentiment or anti-trade sentiment as a way to explain their frustrations,” Obama said, in remarks later provided to the Huffington Post. In 2012, Mitt Romney was secretly recorded at a fundraiser writing off 47% of of the country as Obama supporters because they receive government benefits. “There are 47 percent who are with him, who are dependent upon government, who believe that they are victims, who believe the government has a responsibility to care for them, who believe that they are entitled to health care, to food, to housing, to you-name-it,” Romney said. The tape was later leaked to Mother Jones.

Clinton campaign spokesman Nick Merrill took to Twitter to clean up his boss’ remarks, saying she was only referring to attendees at his rallies.

Read Clinton’s full comments from the fundraiser below: 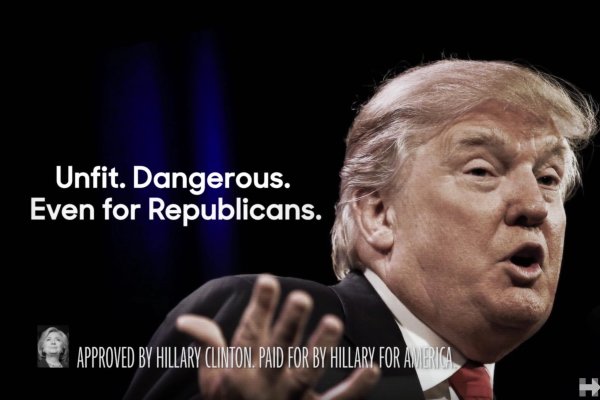 Hillary Clinton Steps Up Outreach to Republican Voters in New Ad
Next Up: Editor's Pick