No offense to your Vitamix, but it’s safe to say that this is the greatest wedding gift of all time.

Although Kathy and Brandon Gunn have been married since Sept. 1, 2007, they still had one wedding that they hadn’t opened – until this May. Kathy wrote a post explaining why they’d waited to open the gift, which was from her great Aunt Alison and was attached to a note that read, “Do not open until your first disagreement.”

“Now, there had obviously been plenty of disagreements, arguments and slammed doors throughout our 9 years,” she wrote in the post, which was shared by the page Love What Matters on August 29. “There were even a couple of instances where we both considered giving up … but we never opened the box.”

Kathy admits that they’d avoided opening the box after all these years because they thought it would have symbolized a failure. “To us, it would have meant that we didn’t have what it takes to make our marriage work – and we’re both to stubborn and determined for that,” she wrote. “So it forced us to reassess situations. Was it really time to open the box? What if this isn’t our worst fight? What if there’s a worse one ahead of us and we don’t have our box?!”

In May, after almost a decade and three moves, they finally decided to open the box, and found two hand-written notes wrapped around some cash, as well as wine glasses and bath products. The note to Kathy told her to buy pizza (“or something you both like”) and prepare a bath, and the note to Brandon said, “Go get flowers and a bottle of wine.”

In the end, Kathy wrote that they had been enjoying this gift for almost a decade, even though the box – which she calls “the greatest wedding gift of all” – hadn’t been opened.

“I realized that the tools for creating a strong, healthy marriage were never within that box – they were within us.”

In an interview with PEOPLE, Kathy opened up about how their story has inspired other couples.

“My husband and I are in awe of how much attention this story has garnered,” she says. “I had only intended to give credit to my great aunt and share how important the box was for my husband and I – and the lessons that it had inadvertently taught us. Now that our story has gotten so much attention and has inspired others, it seems to be the gift that keeps on giving!”

As for her wise great aunt, Kathy says, “She is just tickled by how much attention this has gotten – how many people have shared that they wish they had an ‘Aunt Alison’ and those that think her gift was absolutely genius. She didn’t realize just how special the gift was to us until a number of years after our wedding when she found out that we hadn’t opened it yet.

“Aunt Alison was surprised that we kept it for nine years, then the lessons it taught us – inadvertently – and now she’s even more surprised at the response our story has received.”

And when it comes to their best advice to other couples when it comes to handling disagreements, she says, “For the little things, learn how to disagree and move on. For the bigger things, learn how to get mad and get over it. Giving up was never an option in our situation because we never had the illusion that marriage was going to be easy. Building that strong foundation is hard work – but once it’s set, it will provide a lifetime of friendship, partnership and love.”

With reporting by ERIN HILL 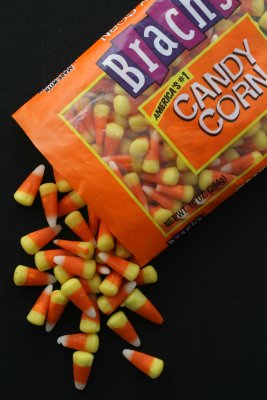 You Can Now Eat 'Brunch'-Flavored Candy Corn for Breakfast
Next Up: Editor's Pick