Report: Tibetans in Nepal Are Suffering Under Growing Chinese Pressure

Nepali policemen detain exiled Tibetans participating in a protest outside the Chinese embassy in Kathmandu on March 10, 2014
Niranjan Shrestha—Associated Press
By Michelle Arrouas

Tibetans living in Nepal are facing increased restrictions and harassment because of growing pressure from China, according to a new report.

The report released Tuesday by Human Rights Watch says Tibetans who have sought refuge in Nepal are suffering from “routine abuses” by Nepali security forces and a de facto ban on political protests and other activities promoting culture and religion from Tibet.

For decades Nepal has played a crucial role for Tibetans fleeing China’s growing crackdown on religious freedom, but in recent years China has increased pressure on Nepal. 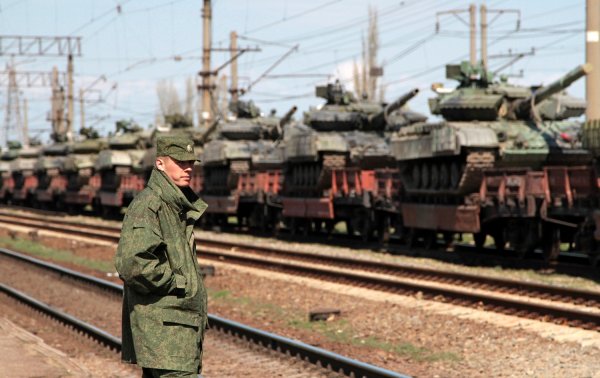 Putin Pulls Back
Next Up: Editor's Pick