Philippine Senate to Debate Bill Calling for Arrests Without Warrants

Police Special Weapons And Tactics (SWAT) personnel walk past a resident after an operation against illegal drugs in Pasig City, suburban Manila on September 5, 2016.
TED ALJIBE—AFP/Getty Images
By Rishi Iyengar

In a bid to bolster President Rodrigo Duterte’s bloody war on drugs, Philippine Senator Richard Gordon plans to introduce a bill next week calling for the suspension of the writ of habeas corpus, which guarantees the legality of a person’s detention by the state.

If the bill passes, police will be able to arrest anyone without a warrant, the Philippine Daily Inquirer reports.

“We are at war with drugs right now,” Gordon said on Thursday, according to the Inquirer. “If he [Duterte] has to suspend the writ of habeas corpus to fight drugs and terrorism, let’s give him that power so we won’t just keep saying people are getting killed, but that can’t be proven.”

Read next: The Killing Time: Inside Philippine President Rodrigo Duterte’s War on Drugs

That war on drugs, a cornerstone of Duterte’s successful campaign for his nation’s top office, has now seen over 3,000 people in just over two months of his tenure, according to the latest figures provided to TIME by the Philippine National Police (PNP). Duterte has reacted to criticism from the international community and advocacy groups by saying he doesn’t “care” about human rights.

The 71-year-old leader also declared a state of emergency this week — following a terrorist attack in his hometown Davao — that gives the Philippine military the power to intervene in police matters. Fears abound that the country may be headed toward martial law, with scars of the two-decade reign of dictator Ferdinand Marcos until 1986 still present.

“Let’s not be afraid of martial law,” Gordon was quoted as saying. 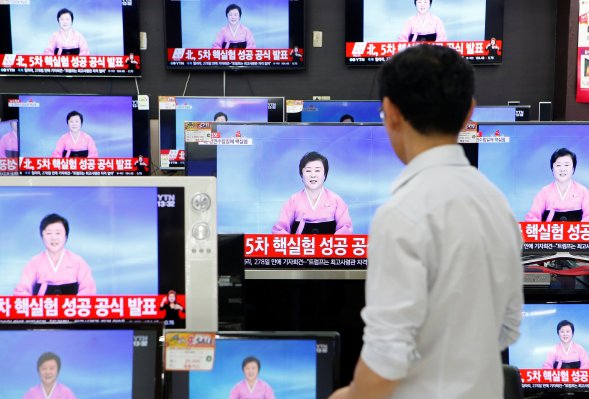