French police forces stand guard outside a building after the arrest of female suspects said to have been planning terrorism attack on Sept. 8, 2016.
Geoffroy Van Der Hasselt—AFP/Getty Images
By TIME Staff

A French police officer was stabbed Thursday during an operation to arrest three women in connection to a vehicle filled containing gas canisters found near Paris’ Notre Dame cathedral.

According to BBC, officers found a sedan without license plates and blinking hazard lights near the famous cathedral last Sunday. As well as gas canisters, documents written in Arabic were found in the car.

After a brief skirmish, police injured one of the suspects, whom they believe were radicalized and preparing for an attack.

On Wednesday, officers arrested two other people in relation to the vehicle, one of whom is a suspect on the terrorism watch list.

According to French media, the car owner was on an intelligence watch list. His daughter was among the women arrested.

France’s Interior Minister Bernard Cazeneuve told the BBC that the three women “were fanatics and were in all likelihood preparing an imminent, violent act.” 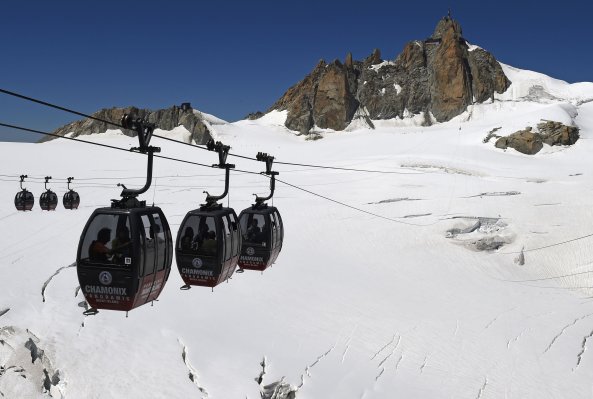 45 People Are Trapped in Cable Cars Over the French Alps, Officials Say
Next Up: Editor's Pick