The sun hits the tips of the Grand Tetons behind the Moulton barn October 5, 2012 in the Grand Teton National Park in Wyoming. Grand Teton National Park is located in northwestern Wyoming. Approximately 310,000 acres (130,000 ha) in size, the park includes the major peaks of the 40-mile (64 km) long Teton Range as well as most of the northern sections of the valley known as Jackson Hole. AFP PHOTO/Karen BLEIER (Photo credit should read KAREN BLEIER/AFP/Getty Images)
Karen Bleier—Getty Images
By Raisa Bruner

This week, a webcam livestream of Jackson Hole, Wyo.’s town square became a viral sensation, attracting thousands of viewers. But the good people of Jackson appear to be going about their daily business with little notice paid to the newfound (and growing) online attention of a swarm of strangers.

That obliviousness held up until one evening this week, when a way-too-cool sheriff decided to give the observing public a little something to talk about. In a short clip of the livestream posted to YouTube on Wednesday with 9,419 hits, a viewer captured the empty, darkened streets as a lone sheriff’s SUV slides through the intersection and exits the frame. But then! The car reverses back onto the scene, and out of the driver’s door hops a uniformed officer, who immediately hits the Dab. (The Dab is a viral dance move popularized by various rappers, celebrities, and Cool Teens™ in the vein of the Whip or the Nae Nae.)

And just as casually as it started, he jumps back in his car, gives a wave, and glides off into the night, ready to continue enforcing the law of the Tetons. 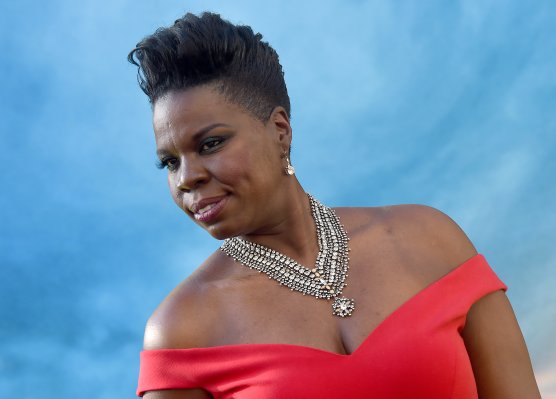 Watch How Leslie Jones Celebrated Her 49th Birthday Like the Queen She Is
Next Up: Editor's Pick