The rift is visible on the left in these images taken by the Multi-angle Imaging SpectroRadiometer (MISR) on NASA’s Terra satellite on Aug. 22, 2016, The ice shelf comprises the left half of the image, and thinner sea ice appears on the right.
Jesse Allen—NASA Earth Observatory images
By Justin Worland

A large crack in an Antarctic ice shelf has grown by 13 miles in the past six months, threatening to detach an area of ice larger than Delaware.

Images of the Larsen C shelf captured by NASA’s Terra satellite show a fault line that now stretches 80 miles in length, according to a report from the U.S. space agency. A portion of the ice shelf—the continent’s fourth largest—could disconnect

Scientists are working to understand the immediate changes that created the giant crack—and have led it to grow so quickly. Project MIDAS, a U.K. group dedicated to studying the Larsen C shelf, notes that a warming climate has changed the structure of the ice, threatening the possibility of collapse.

The Larsen B ice shelf partially collapsed in 2002 and has furthered weakened in recent years. Scientists studying Antarctica expect it to collapse within a decade. 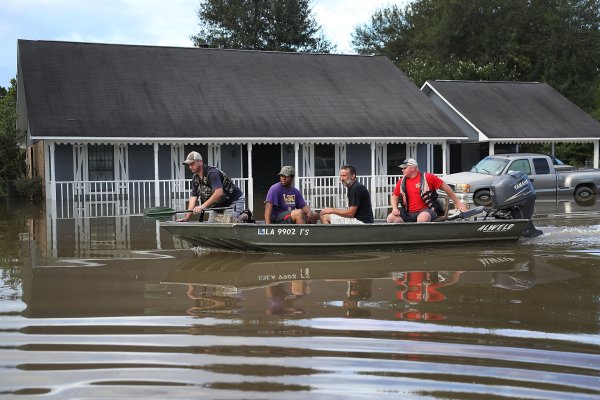