Presidential Candidate Gary Johnson Asks 'And What is Aleppo?'

Libertarian Party nominee Gary Johnson answered a question on MSNBC’s Morning Joe about Aleppo — the heart of the Syrian civil war and refugee crisis — with another question: “And what is Aleppo?”

The presidential candidate revealed his unfamiliarity with the city when he appeared on the show Thursday morning. Morning Joe panelist Mike Barnicle prompted the response when he asked the former New Mexico governor, “What would you do, if you were elected, about Aleppo?”

When Johnson asked what Aleppo is, Barnicle seemed baffled. The exchange continued as follows:

Barnicle: “Aleppo is in Syria. It’s the epicenter of the refugee crisis—”

Johnson later said that he did know about Aleppo but misheard the question. In a statement, he said: “This morning, I began my day by setting aside any doubt that I’m human. Yes, I understand the dynamics of the Syrian conflict — I talk about them every day. But hit with ‘What about Aleppo?’, I immediately was thinking about an acronym, not the Syrian conflict. I blanked. It happens, and it will happen again during the course of this campaign. Can I name every city in Syria? No. Should I have identified Aleppo? Yes. Do I understand its significance? Yes.

As Governor, there were many things I didn’t know off the top of my head. But I succeeded by surrounding myself with the right people, getting to the bottom of important issues, and making principled decisions. It worked. That is what a President must do.That would begin, clearly, with daily security
briefings that, to me, will be fundamental to the job of being President.”

Soon after, #WhatisAleppo began trending on Twitter, with many users shocked by (or making fun of) the presidential candidate’s basic question. 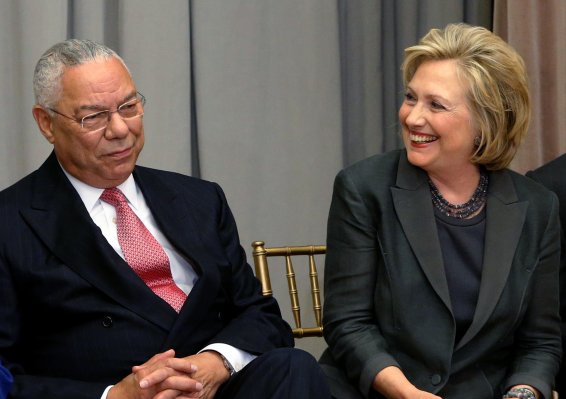