Donald Trump said Wednesday that he was “correct” in 2013 when he said having women in the military increased the likelihood of sexual assault.

During a national security forum on NBC, Trump took a question from a veteran in the audience about how he would handle the sexual assault problem in the military.

Trump began by saying that it’s a “massive problem” and that “we’re going to have to come down very, very hard on that.” “The best thing we can do is set up a court system within the military,” he said. “Right now the court system practically doesn’t exist.”

Matt Lauer, the host of the forum, interjected to read Trump the text of one of his tweets from three years ago. In May 2013, Trump mused that sexual assault was to be “expected” when you put women in the military:

Faced with those words Wednesday night, Trump maintained, “It is a correct tweet. There are many people that think that’s absolutely correct.”

When Lauer asked if that means Trump would take women out of the military, the Republican nominee said, “No, not take them out, but something has to be happened [sic].”

“When you have somebody that does something so evil, so bad as that, there has to be consequences for that person,” Trump continued. “You have to go after that person. Right now, nobody is doing anything.” 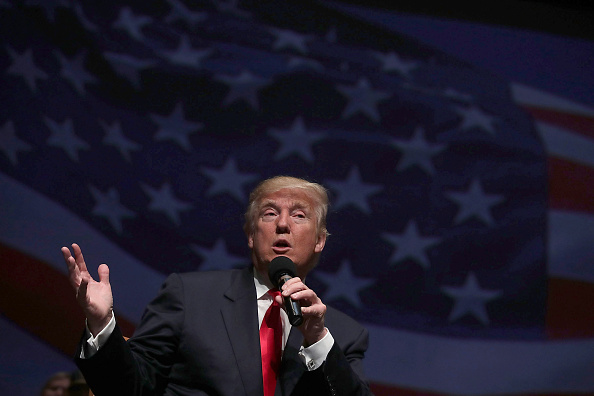 Donald Trump Proposes Larger Military With Less to Do
Next Up: Editor's Pick