Grandma Moses Didn't Start Painting Until Her 70s. Here's Why

TIME
By Olivia B. Waxman

Grandma Moses, the renowned 20th-century American folk artist known for paintings of country life, would have turned 156 on Wednesday.

The artist graced the cover of the Dec. 28, 1953, issue of TIME when she was 93, painting a butternut tree during a Christmas-season interview. She told the magazine that she first dabbled with painting as a little girl (when she was still known as Anna Mary Robertson), but her career as a professional artist didn’t begin until much later in her life. As TIME reported, she had loved to paint on her paper dolls with grape juice and, when her father was once working on a painting project at their house, she got into the paints to create what she and her brother called “lamb-scapes.” Though her father was encouraging of the activity, she recalled, her mother “was more practical” and thought she should “spend [her] time other ways.”

Those “other ways” were household chores like candlemaking, soapmaking, dressmaking — all prep for a career as a “hired girl.” When she met her husband, farm worker Thomas Salmon Moses, they raised their family on farms in the Shenandoah Valley, Va., and Eagle Bridge, N.Y.

After he died, she tried to distract herself with embroidery and “worsted pictures,” but developed a debilitating arthritis. A family member’s suggested replacement hobby ended up launching the career at 76 years old, according to TIME:

By TIME’s count, her work had been in more than 160 exhibitions by the early 1950s, and she had “the only ‘Ecole Americaine’ picture hanging in Paris’ Museum of Modern Art.” Her work sold for as much as $3,000 a piece and hung in the homes of some of the art world’s most famous collectors. An estimated 48 million Grandma Moses Christmas cards had been sold in the U.S.

Her style was known as primitive, but the artist—who lived to 101—had a different way to describe her subjects: “I like oldtimy [sic] things—something real pretty,” she said. “Most of them are daydreams.”

Read the full story, here in the TIME Vault: Presents From Grandma 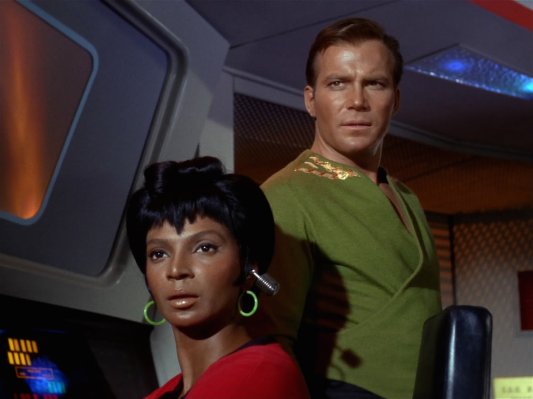