Now's Your Chance to Be Kelly Ripa's New Co-Host on Live!

Ever since her co-host Michael Strahan left ABC’s Live! back in May, Kelly Ripa has been holding down the fort on her own. The host has been working with a rotating cast of celebrity stand-ins, with the expectation that she’d soon announce an official replacement for Strahan.

But on Wednesday, Ripa threw her audience a curveball: she’s asking fans to apply to be the co-host themselves. (For a day, anyway.)

“These celebrities have been great, but now it’s time to put your mouths where your thumbs are,” Ripa said, alluding to online comments that the host job doesn’t look all that hard. “I’m building a co-host empire.”

If you’re interested, you’ll need to submit a video application before Sept. 20. Entrants will be judged on “creativity,” “enthusiasm and personality” and “presentation,” among other factors. Ultimately, finalists will be subjected to audience voting until only one winner remains. That winner will, at long last, get a chance to co-host with Ripa.

Don’t expect this to be a new career, though: the co-hosting gig is just for a day. Looks like a choice for Ripa’s more permanent on-air partner is still up in the air — or maybe she’ll continue to helm the franchise herself. 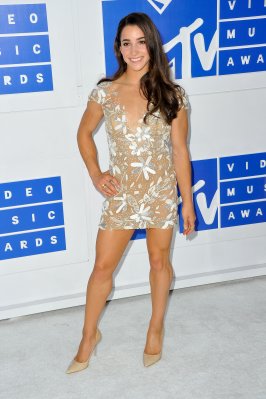