This picture taken on May 14, 2014 shows a China Coast Guard ship (L) chasing a Vietnam Coast Guard vessel near the site of a Chinese drilling oil rig in disputed waters in the South China Sea.
Hoang Dinh Nam—AFP/Getty Images
By Kevin Lui

An increasingly active Chinese coast guard in the South China Sea is responsible for most of the clashes in the disputed waterway, according to a new survey by regional security experts.

Researchers from the Washington-based Center for Strategic and International Studies (CSIS) think tank found that out of 45 clashes and standoffs in the South China Sea since 2010, Chinese coast guard vessels were involved in 30 of the reported cases, Reuters reports.

“The evidence is clear that there is a pattern of behavior from China that is contrary to what law enforcement usually involves,” Bonnie Glaser a security expert from CSIS told Reuters. “We’re seeing bullying, harassment and ramming of vessels from countries whose coast guard and fishing vessels are much smaller, often to assert sovereignty throughout the South China Sea.”

According to Reuters, China’s State Oceanic Administration, which oversees the coast guard, did not respond to requests for comment.

The South China Sea has long been a flashpoint of maritime dispute with China, Taiwan, the Philippines, Brunei, Malaysia and Vietnam all having overlapping claims to various reefs, rocks and islets of the waterway. China — which claims most of the territory as its own — has ignored an international tribunal decision that deemed Beijing’s claims have no legal basis.

There are concerns the disputes could overspill into a full-blown naval conflict. This week, Philippines President Rodrigo Duterte expressed alarm over images purporting to depict Chinese barges with cranes in the disputed Scarborough Shoal, raising concerns that Beijing may militarize the reefs there as it has done in other disputed areas. 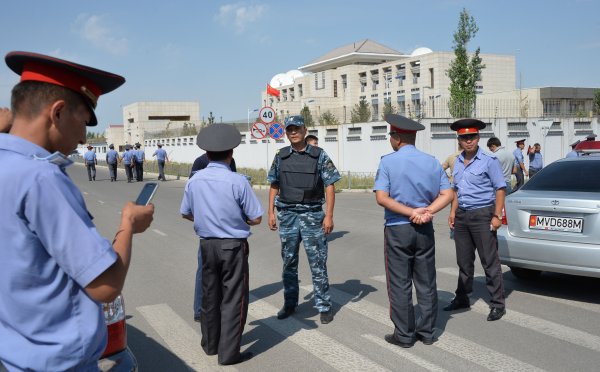