Most Humpback Whales Will Be Removed From the Endangered Species List

Most humpback whales will be removed from the federal list of endangered species, the National Marine Fisheries Service (NMFS) announced on Monday.

Last year, NMFS proposed dividing the humpback whale species into 14 population categories, allowing nine of those categories to be removed from the list and one category to be re-designated as “threatened.” While whales in regions off the coasts of California and Mexico remain endangered, those in other regions have healthy populations—for instance, 11,000 humpback whales breed in Hawaiian waters, the Associated Press reports.

The four remaining categories on the endangered list will continue to receive protections from the Endangered Species Act. 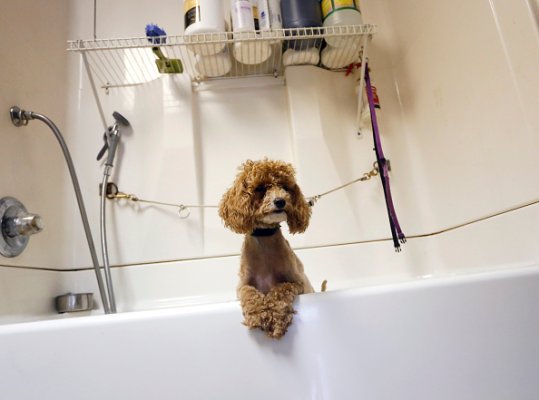 Watch a Poodle Puppy Do the 'Running Man' While Getting a Bath
Next Up: Editor's Pick