Ando Elias Tareq, a Yezidi from Sinjar in Iraq, stands behind his daughter outside the Samos hotspot where they live on Sept. 1, 2016.
Louisa Gouliamaki—AFP/Getty Images
By Sarah Begley

Some 11 million children around the world are refugees and asylum-seekers living outside their native countries, according to a UNICEF report released on Tuesday.

From 2005 to 2015, UNICEF says the number of child refugees doubled (though the global population also increased by a much smaller amount). In addition to refugees, there are 20 million child migrants and 17 million children displaced by conflict within their native countries. Out of this total of nearly 50 million children, 28 million were forcibly displaced by violence and insecurity.

“Children in these contexts are among the most vulnerable people on earth and this vulnerability is only getting worse,” UNICEF wrote in its report. “Children’s voices, their plight and the issues they face must become the focus of international debates on migration and displacement.”

The report urges action that not only improves conditions for refugee and migrant children—like keeping them together with their families and speeding up legal processes associated with their migration—but also measures to address the root causes of large-scale migration. 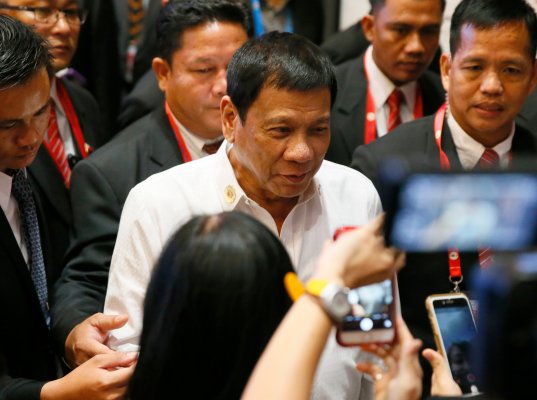 7 Times Duterte Shocked the World
Next Up: Editor's Pick